The race car design of the Porsche 550 was inspired by the special race cars from the successful Glöckler team, which had won the 1950 German Sports Car Championship in the 1.1 liter class. Walter Glöckler’s special was a ladder frame design, powered by a new 1.1 litre Porsche engine mid mounted. Glöckler was a Porsche distributor based in Frankfurt and good friends with Ferry Porsche, who allowed a Porsche badge to be mounted on the front hood of his cars to promote the ‘Porsche’ brand in the press.

The design process of the new type 550 started in the October of 1952 and in 1953, where Wilhelm Hird and a team of Porsche engineers working in Zuffenhausen, supervised by Karl Rabe, created two prototypes of a new design for Porsche, with the help of Wiedenhausen Karosserie in Frankfurt who had built the Glöckler bodies. The first type 550s, 550-01 and 550-02, were ready to debut on 31 May 1953 at the Nürburgring.

Due to engineering issues they encountered during testing, Karosseriebau Weinsberg modified the shape of the frames for the following six prototypes which included 550-03 and 550-04 built by a different German coach maker, Weinsberg with an open top roadster design. With greater more time on both styling and engineering of the design, the finish now reflected the craftsmanship of a true Porsche race car. These cars were completed mid 1953 ready for the Carrera Panamericana race in South America along with 550-01 and 550-02. At the same time, Weinsberg had started on a new design with body styling not intended for racing, but as a sports car. 550-05 was to be displayed at the 1953 Paris Salon as the prototype of the future customer 550 for Porsche. Weinsberg also developed designs for a number of the prototypes for Porsche including those for the Werks racing team to race at Le Mans. 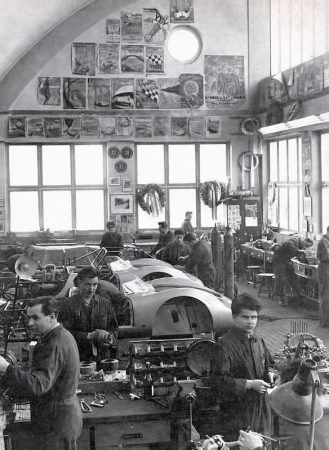 The production of 550-07, which was to be configured originally as a Buckelwagen, was secretly commissioned to Wendler Karosserie in Reutlingen so they could demonstrate their coach building skills to Porsche, trying to secure the contract for the rest of the type 550 production builds. Wendler had already started producing a refined frame for the 550 after the factory had decided that the complicated assembly techniques of the Karosseriebau Weinsberg frames and bodies would cause delays in the production of the allocated ‘customer’ cars that were to be built. For 550-07, they used a spare frame – 550-0043 to mate with the new body design. 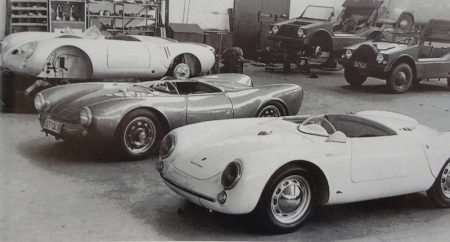 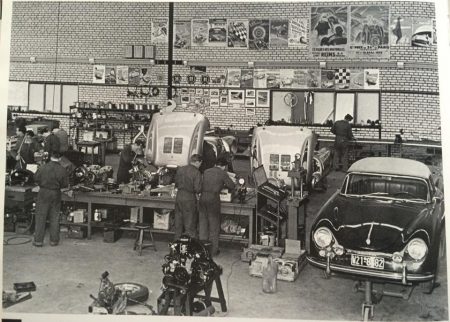 Shortly after, Wendler was given the Porsche contract to build the remaining customer bodies based on the Wendler frame, but they were slightly restyled by Erwin Komenda, resulting in lower fenders than the previous prototypes and also utilised the slanted front headlights from the 356. The customer spyders weighed about 590 kg, not quite 60 kg more than the previous factory cars. Wendler was contracted to build 69 cars for private customers, of which 33 were destined for the US market. 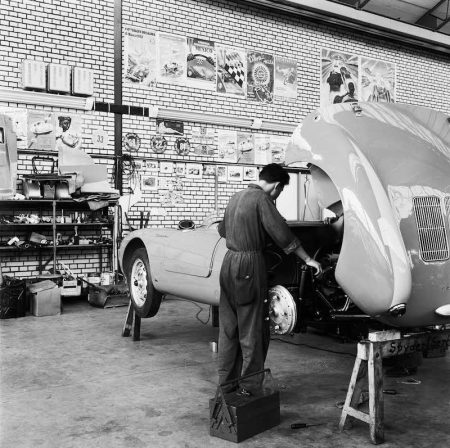 There are a number of inconsistencies in the Wendler builds, where during the first production run, the Wendler body build number was two digits less that the frame number. This was corrected at the beginning of the second production run. The fitting of the type 547 engines were also out of sequence with P 90 001 mated with 550-0016, P 90 002 with 550-0018 and P 90 003 with 550-0017. All other quad cams were randomly fitted to chassis throughout the series. 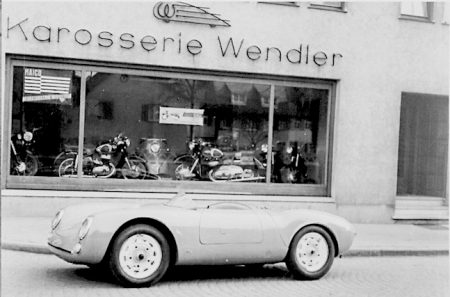 The Porsche team found that the upgrade to bigger 60mm front brakes in the later builds caused a lot of stress on the frame through flexing with a high chance of the main cross member breaking away. From build 550-0076 there was a modification in the chassis design with the addition of high rail bracing. Four previous builds were also updated – 550-0032, 550-0045, 550-0048 and 550-0051. 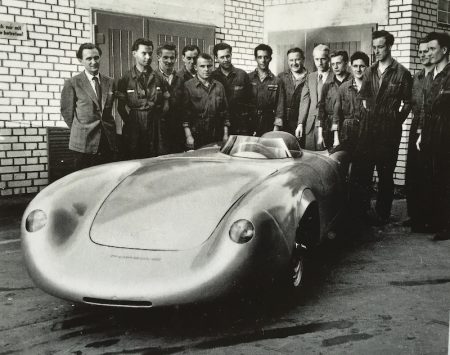 After a total of 90 builds of the type 550, Porsche had already designed an evolutionary model, the type 550A of which 40 were built. It is documented that two more 550s were built as special orders after production finished using frames 550-091 and 550-093. In addition, the frame of 550-098 was used to build the one-off magnesium body – Porsche type 645, also known as the ‘Micky Maus’ which only raced at two events, but was destroyed at the German GP Avus track after it crashed through the top barrier and burned on impact when it came to rest in the car park below. 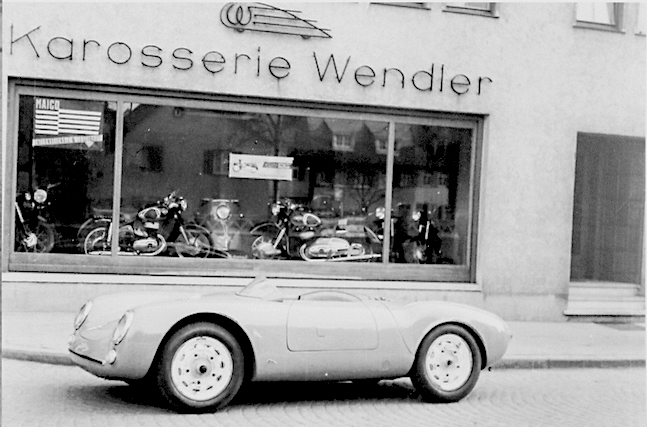 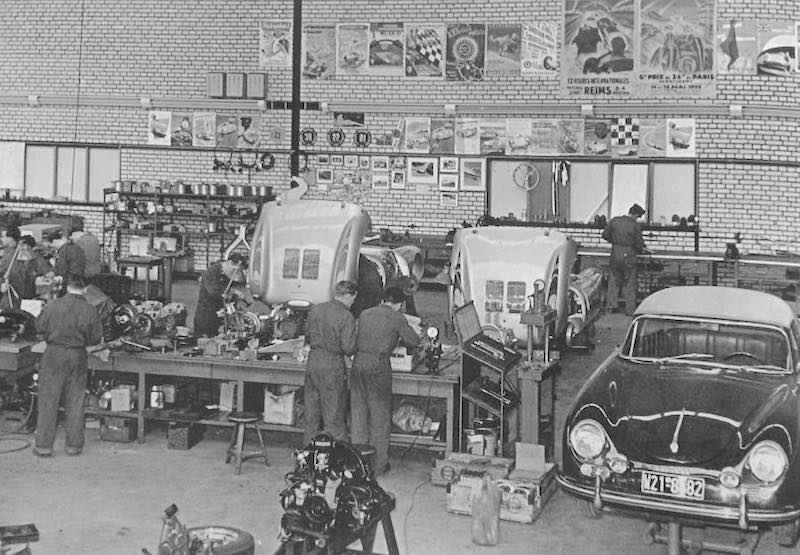 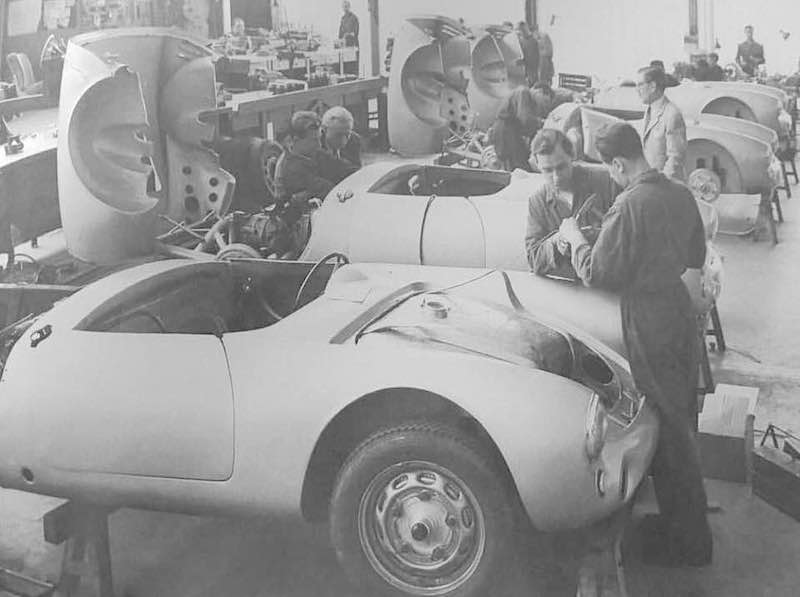 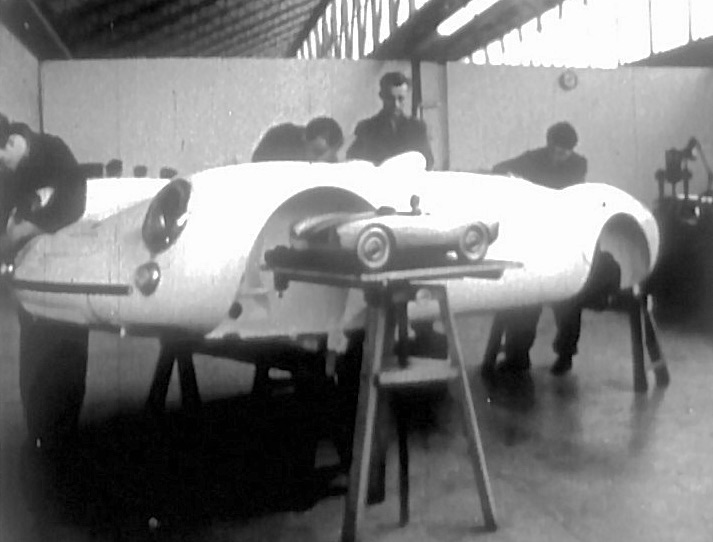