550-0076 was the first 550 to be completed in January 1956, which was a silver spyder with beige interior and engine # P90082. The spyder was purchased by brothers J and Pierre Houdusse from France. The first listed race entered was the 1957 Mille Miglia race in May with Hartmuth Oesterle and Siegfried Gunther as drivers, but did not finish the race. As it was a two day race from 11th to the 12th, it is not confirmed if 550-0076 raced as Pierre entered the Spa-Francorchamps GP in Belgium on the 12th May. Houdusse raced the spyder at Spa again in August finishing 8th and continued racing until April 1958 before he sold the spyder to Siegfried Gunther who raced it mainly in hill climbs but also entered it into the August 1958 Nurburgring GP finishing 13th. 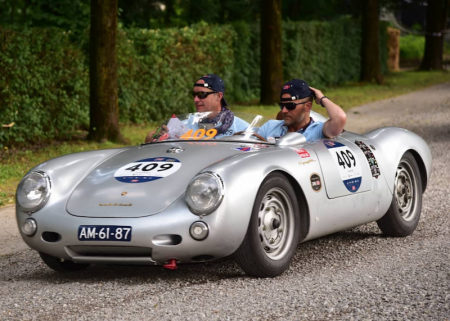 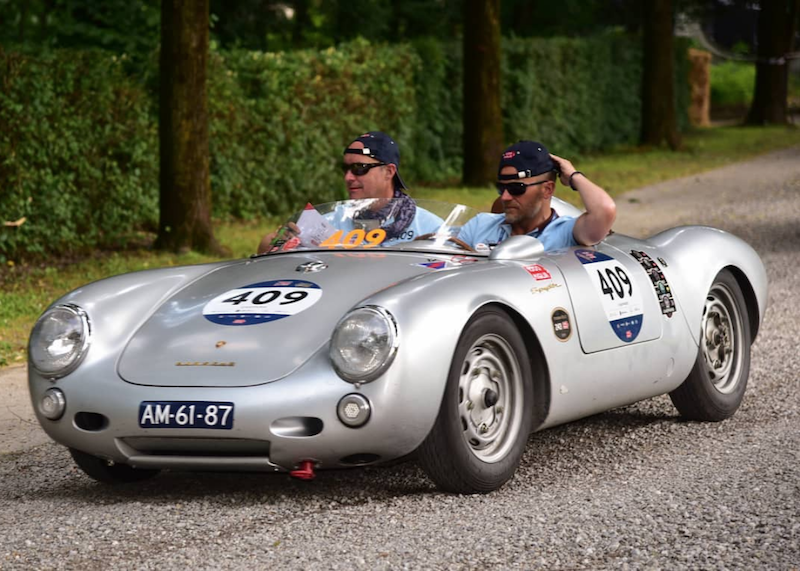 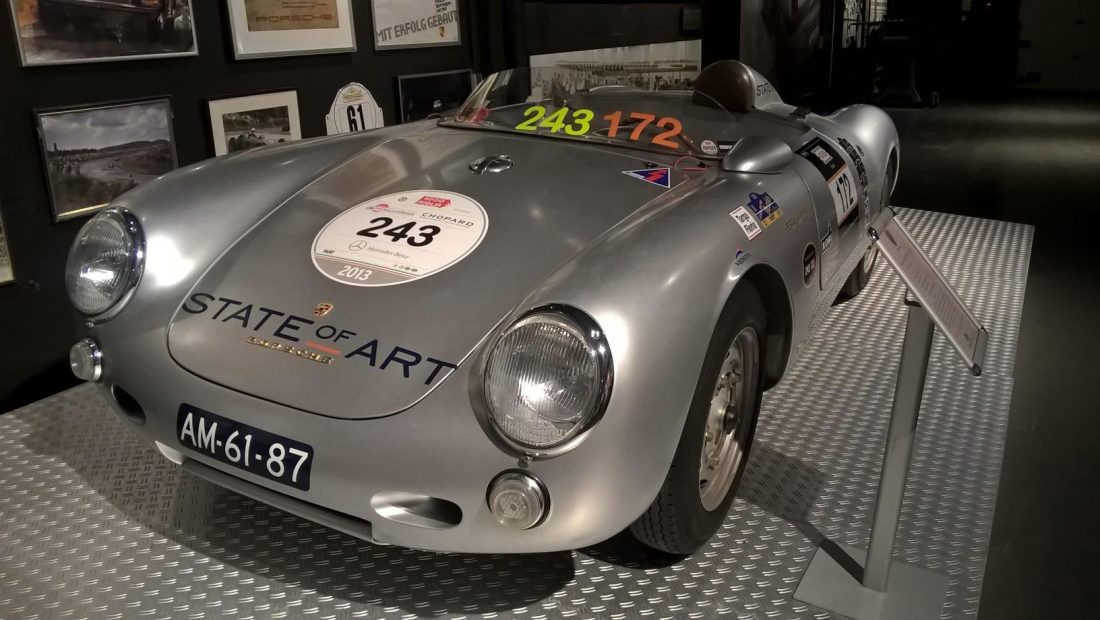 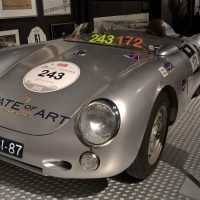 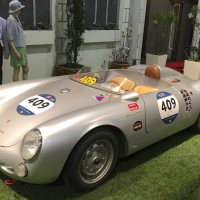 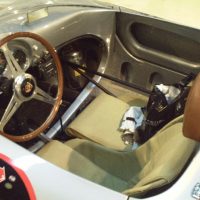 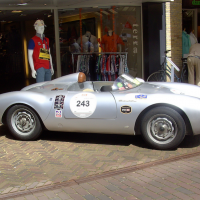 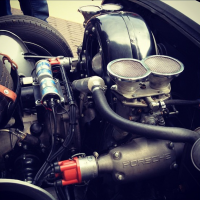 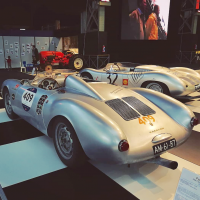