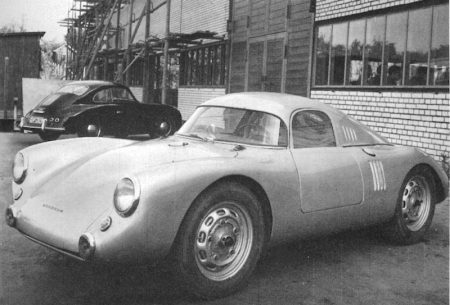 May 1953 Weidenhausen built 550 outside Factory

In its debut outing on May 31, 1953, 550-01 won its first ever race event, taking class victory at Nurburgring in the rain with Walter’s cousin, Helmut Glöckler behind the wheel. Car 550-01 competed as a roadster without its aero-aiding hardtop.

Shortly after, 550-01 and 02 were sold to a group led by Czech-born Guatemalan garage owner, Jaroslav Juhan. Later that year, 550-01 and 550-02 won the 1000 kilometre race in Buenos Aires, and both cars competed in the gruelling, five day, 3,000 kilometre Carrera Panamericana. Car 550-02 took out the class win, after sister car 550-01 retired with the fastest time in four of the event’s eight stages. After its Carrera Panamericana debut, 550-01 raced in Mexico until 1957, appearing in over 30 events. 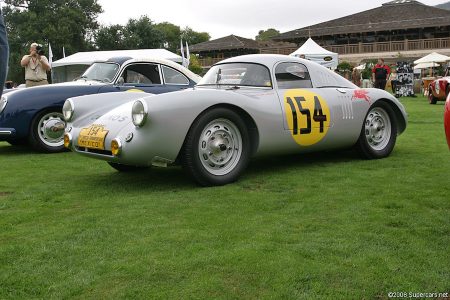 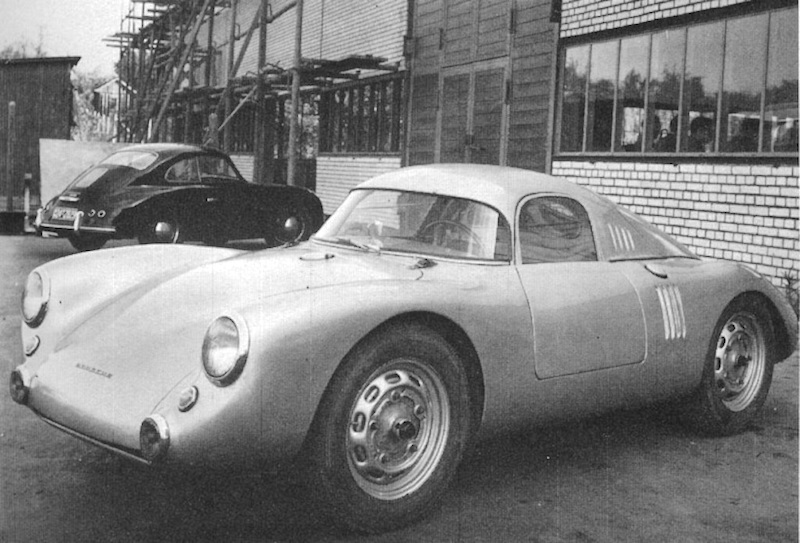 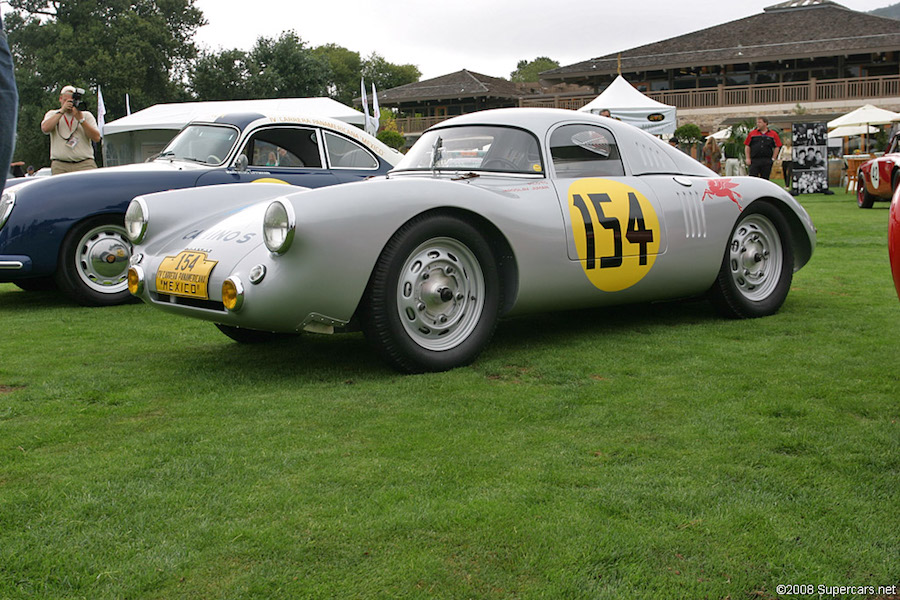 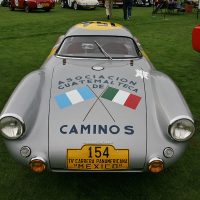 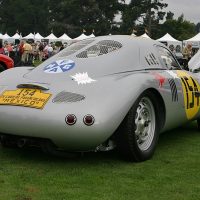 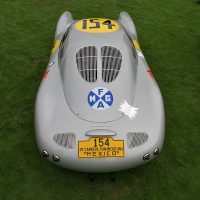 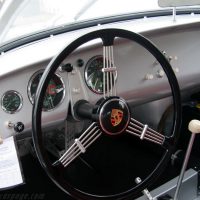 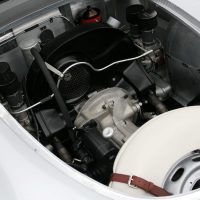 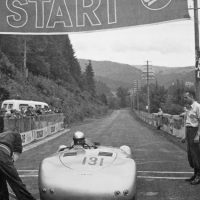 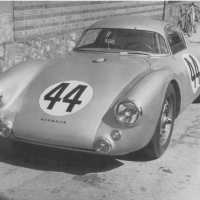 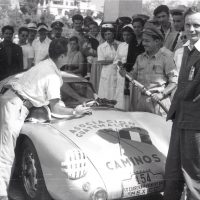