550-0051 left the Porsche factory on the 30th June 1955 to be delivered to the French distributor Sonauto, finished in French blue paint with white darts and tan interior. It was fitted with engine # P90047. The spyder was ordered by well-known French racing driver Gustave Olivier, who wanted to use the car mainly for racing purposes, so the frame was modified to a high rail design with extra bracing to reinforce the frame

On the 17th August, Olivier entered the Liege-Rome-Liege race in Italy with the spyder fitted with a large rally style windscreen and spare strapped to the rear deck. 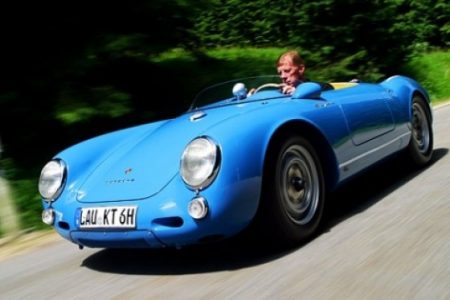 It is believed the spyder was sold to Belgium driver Alphonse Romedenne who raced it at the Ardennes Circuit in 1958 and at the 12 h Huy International up until 1963. 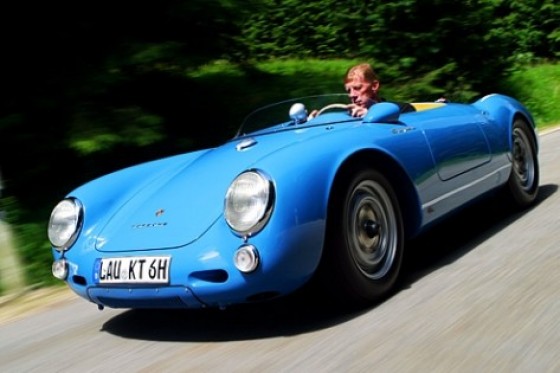 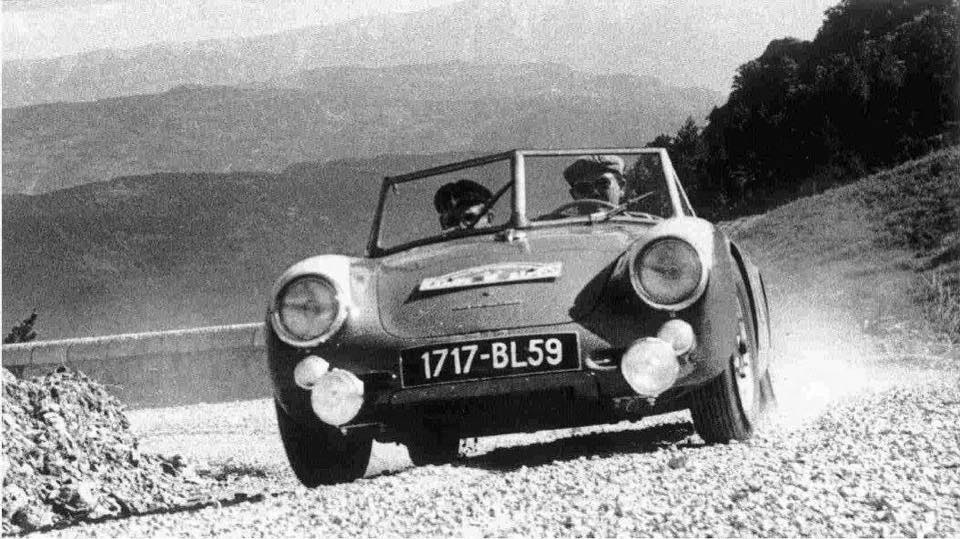 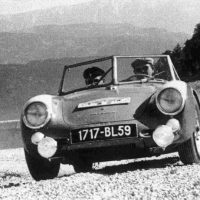 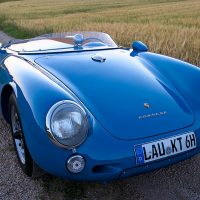 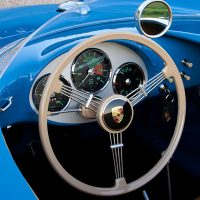 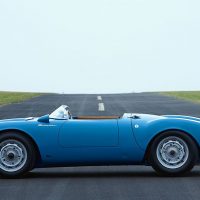 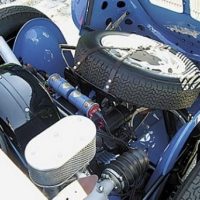 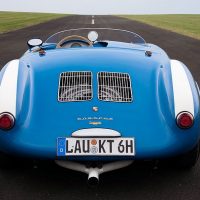