550–0046 was the first of the Werks team spyders which was completed on 20th May 1955 and sent to the racing team workshop to be prepared for the LeMans race which Porsche had entered three spyders into. It was painted German racing silver with no coloured darts. It was fitted with engine #P90050. The spyder was the first completed for the 2nd production run of spyders and had the new body modification to the front end with one air intake hole cut into the nose on each side which went through to the front wheel wells to push air through to cool the drum brakes faster. 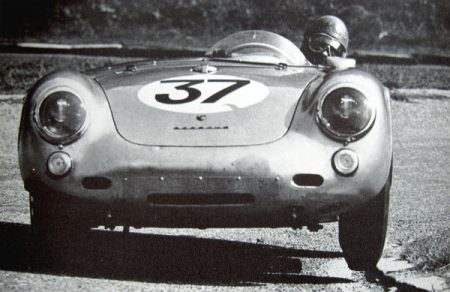 The spyder was ready for the most important race for the Porsche team since the spyder went into full production, the 1955 LeMans on 11th June 1955. Helmut Polensky and Richard von Frankenberg took turns to fight off the class competitors like the Oscas to take class victory and 4th overall. The second Werks race was the 500 km Nurburgring in Germany where Herbert Linge finished 6th. The next recorded event was a tribute race in February 1956 at Zell am See Professor Porsche Memorial Ice Race piloted by team manager Huschke von Hanstein who finished 2nd. 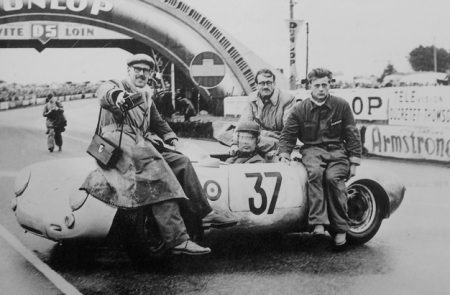 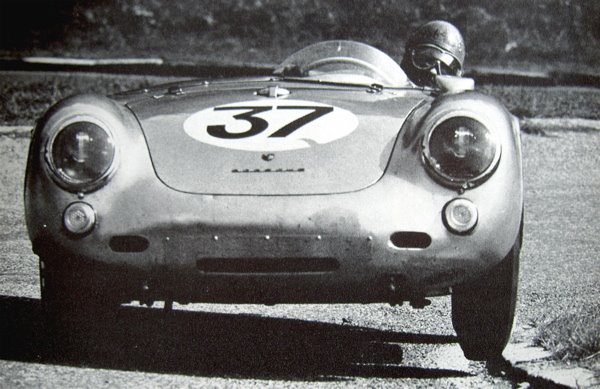 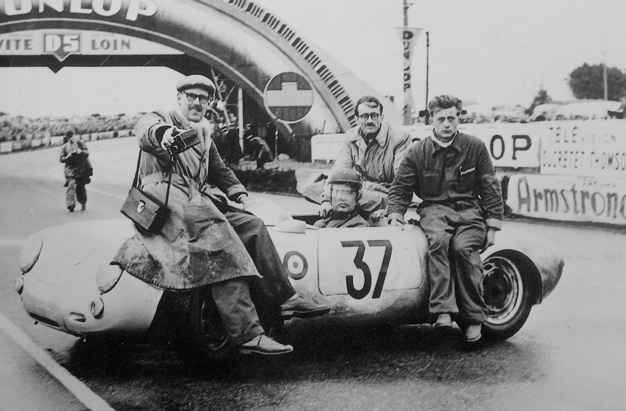 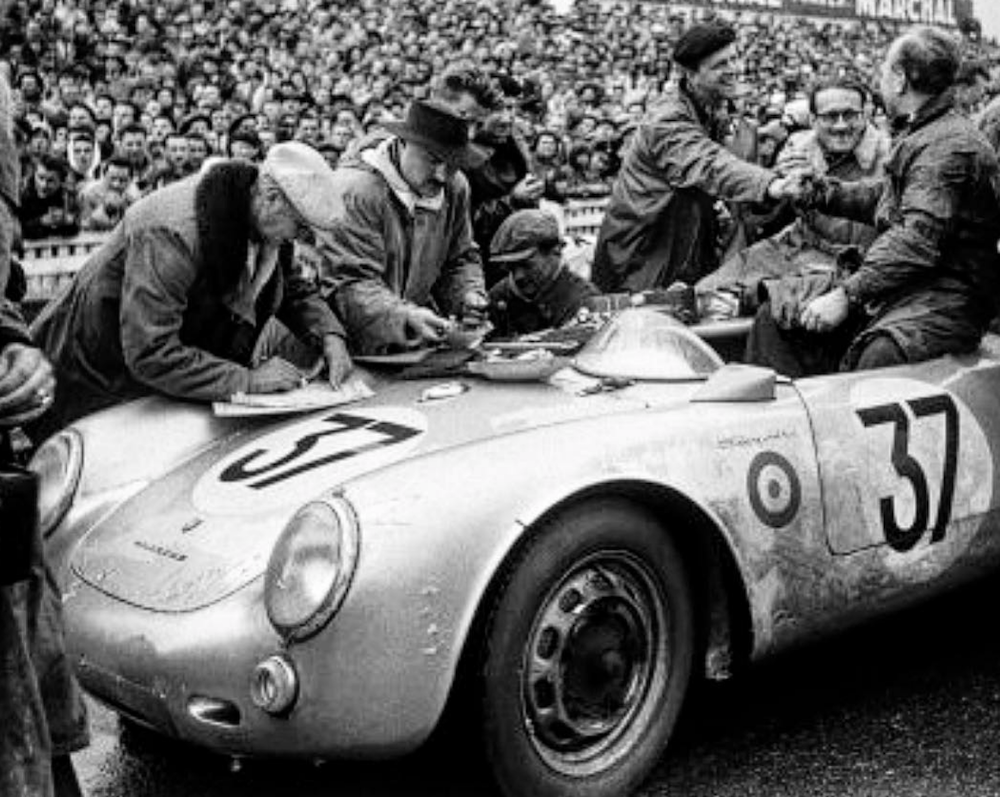 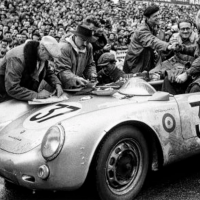 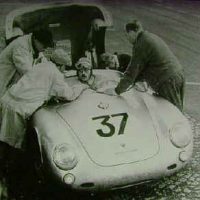 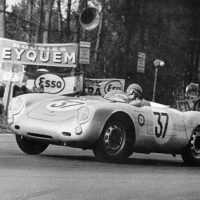 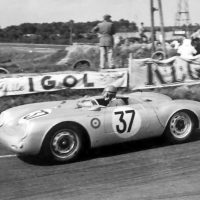 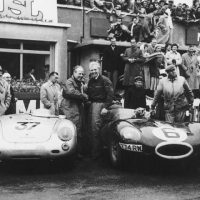