Originally seen as just the next project number for the Porsche factory, the number ‘type 550’ rewrote motoring history, which soon became known simply as the ‘Giant Killer’. Positioned between type 549 – the design of a truck transmission and type 551 – a three speed gear box design, project type 550 used inspiration from the Glöckler racing team who had worked with Ferry Porsche in developing a class winning, race ready sports car for themselves.

The 550 was created in 1953 with the first 15 builds exclusively for Porsche KG to test and race. 550-01 and 550-02 were built as coupe with a removable hard top which was designed to increase aerodynamics when racing against the goliaths of ’50s motor racing, the D-types and 300 SLRs and the class favourites the Osca coupes, in the day. In the season opener race at the Nurburgring in May 1953, 550-01 with a pushrod engine running on methanol, was victorious in the rain without the roof on. The two cars were entered into the Le Mans race in the following month and also won first and second place in their 1500 class and 15th overall. 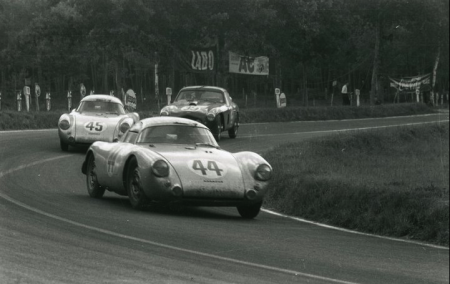 At the Paris Salon Car Show in 1953, Porsche displayed 550-05 to the public to gauge interest in a possible street version. As the 550s were all hand built, borrowing parts from both 356s and Volkswagen, each car showed modifications and refinements from the previous build until each design evolved in performance and style. In the US, Porsche’s importer Max Hoffman was convinced it would sell well, fuelled by a class win by a 550 during the 1954 Carrera Panamericana. 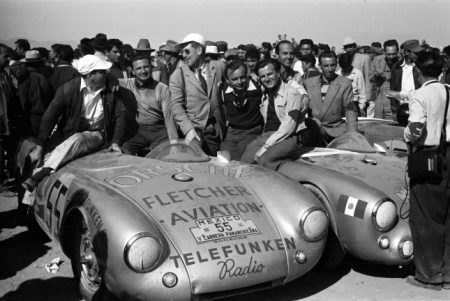 Another Porsche design – number type 547 – a 1.5 litre, four cam race engine was fitted in the 550 and with its continuing winning run, became known as the Carrera engine delivering good power and reliability. Over the next couple of years the Porsche designers and engineers refined both the body and the mechanics of the model and in late 1954 the all new 550 was unveiled. Porsche decided to commission Wendler, the coach builder in Reutlingen to build 69 cars for private customers, 33 of which were bound for the US market. Hoffman for marketing purposes renamed the technically sounding German name 550/1500RS (utilising the type number, engine size and letters of Renn Sport) to the Porsche ‘spyder’ in the process and each now wore the spyder script on the front quarter panels.

The Spyder continued its racing accolades with famous drivers such as Stirling Moss, Hans Herrmann, Richard von Frankenberg and Jack McAfee at the wheel. Now racing across both Europe and the US, the 550 spyder dominated at famous circuits of Goodwood, Nurburgring, Le Mans, Targa Florio, Berlin’s Avus and Buenos Aires.

Today, 550 spyders are some of the most expensive models to change hands, even in the most ‘original’ condition before restoration. The majority of them are locked away in private collections, but some owners give us that rare opportunity to experience one in the flesh. 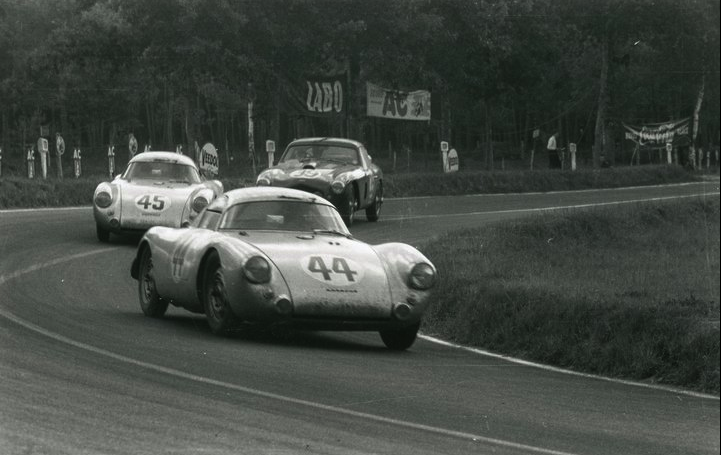 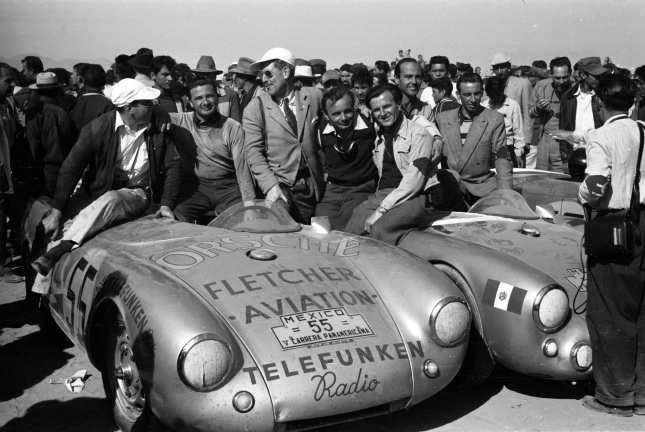