In February 1954, 550-07 went into production as a prototype 550. It was given to Wendler Karosserie in Reutlingen in a special arrangement to demonstrate their coach building skills to Porsche to try and secure the contract for the remaining prototypes and the type 550 customer production builds. Porsche had not allocated a Weinsberg designed chassis frame (550-07) to this build, but one of the new Wendler frames – 550-0043, from the supply allocated for customer cars specifically for Porsche builds. Porsche welded a new identification plate of ‘550-07’ over the existing chassis plate ‘550-0043’ already on the frame, which is the only 550 chassis known to have been renumbered.

550-07 was built as a race-test car for Porsche and was the first Wendler built car on a Wendler built frame. It was built initially as a Buckelwagen prototype, which consisted of a high rear body starting at the firewall between the upholstered rear of the seats and the engine bay. With a full frame windshield and angled side windows, it was one of the most aerodynamic designs tested by Porsche test pilots. Unfortunately it did not meet design regulations when assessed by the German Federal Ministry of Transport. 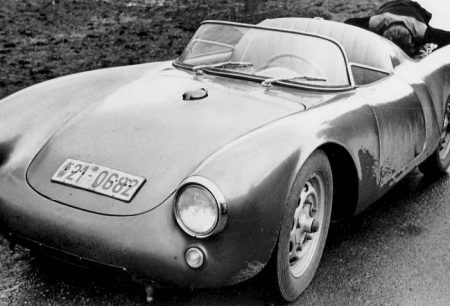 550-07 was then rebodied with the same fixed rear body design of 550-05 and fitted with Rudge wheels. It was first sold to the Paris Porsche dealer Sonauto, owned by Auguste Veuillet who promoted the upcoming Montlhéry Coupe du Printemps race in it. The 550 was entered into a number of races including the Tour de France with Annie Bousquet and Marie Claire Beaulieu as drivers.

In February 1955 Bousquet raced the spyder again in Morocco for the Agadir International Circuit race. Annie qualified well and started on the front line of the grid of ten cars. On the 28th lap with failing brakes, she entered Mauretania corner too fast and crashed the 550 into the barrier, fortunately without serious injuries. 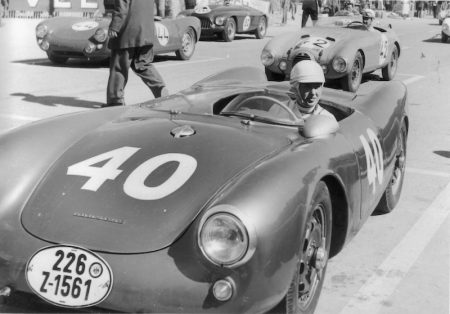 The spyder returned to the factory for repairs. Bousquet already had plans to get one of the new Wendler designed spyders and after discussing it with her good friend and Porsche Racing Manager, Hüschke von Hanstein, it was decided to use the existing frame of 550-07 for the new build, as all the other spyders in the first production run were already allocated to different Porsche dealers around the world.

A standard Wendler body needed to be assembled quickly as Bousquet had already entered the new spyder in the May 1955, 12 h Hyeres South of France race with Jaroslav Juhan as co-pilot.

With plans for Bousquet to use the spyder in an attempt to break the world speed record, modifications were needed to prepare the car including a number of bolt on features such as rear wheel covers, a driver’s head faring, a new front bonnet with filler cap cover plus an enclosed cockpit with half tonneau and wrap-around plexi windscreen. The quad-cam engine number 90005, was reengineered to increase the engine compression ratio and the fuel system was converted to run on racing alcohol fuel which was allowed for record attempts.

She broke the 50km record but in the one hour record attempt, she was ahead by five minutes on the Gardner record before her rear tire blew at 231 km/h on the 29th lap and the spyder crossed the track and crashed ejecting Bousquet from the cockpit resulting in multiple injuries.

The spyder returned to the factory as Annie recuperated from her injuries. Among other races, she had also entered her Porsche spyder into the 1956 Reims 12 hour race on 29th June. Annie collected the spyder from the Porsche factory and drove the eight hours through the night to arrive in time for the Friday practice session in Reims to qualify.

During the main race on the 17th lap at the bend before Muizon, travelling at approximately 170 km/h, her spyder’s driver side wheels ran off the track causing it to fishtail and barrel-roll, ending in one of the wheat fields that surrounded the track. Bousquet was ejected during the rolls, and laid some fifteen metres from the car, bleeding profusely from a skull fracture. She was taken to Centre Hospitalier Universitaire in Reims, where she died on the way from her injuries.

The spyder was repaired by Porsche and was later sold to race driver Ludwig Blendl who entered the spyder into a number of racing events including the Freiberg Schavinsland hill climb on 27th July 1957. 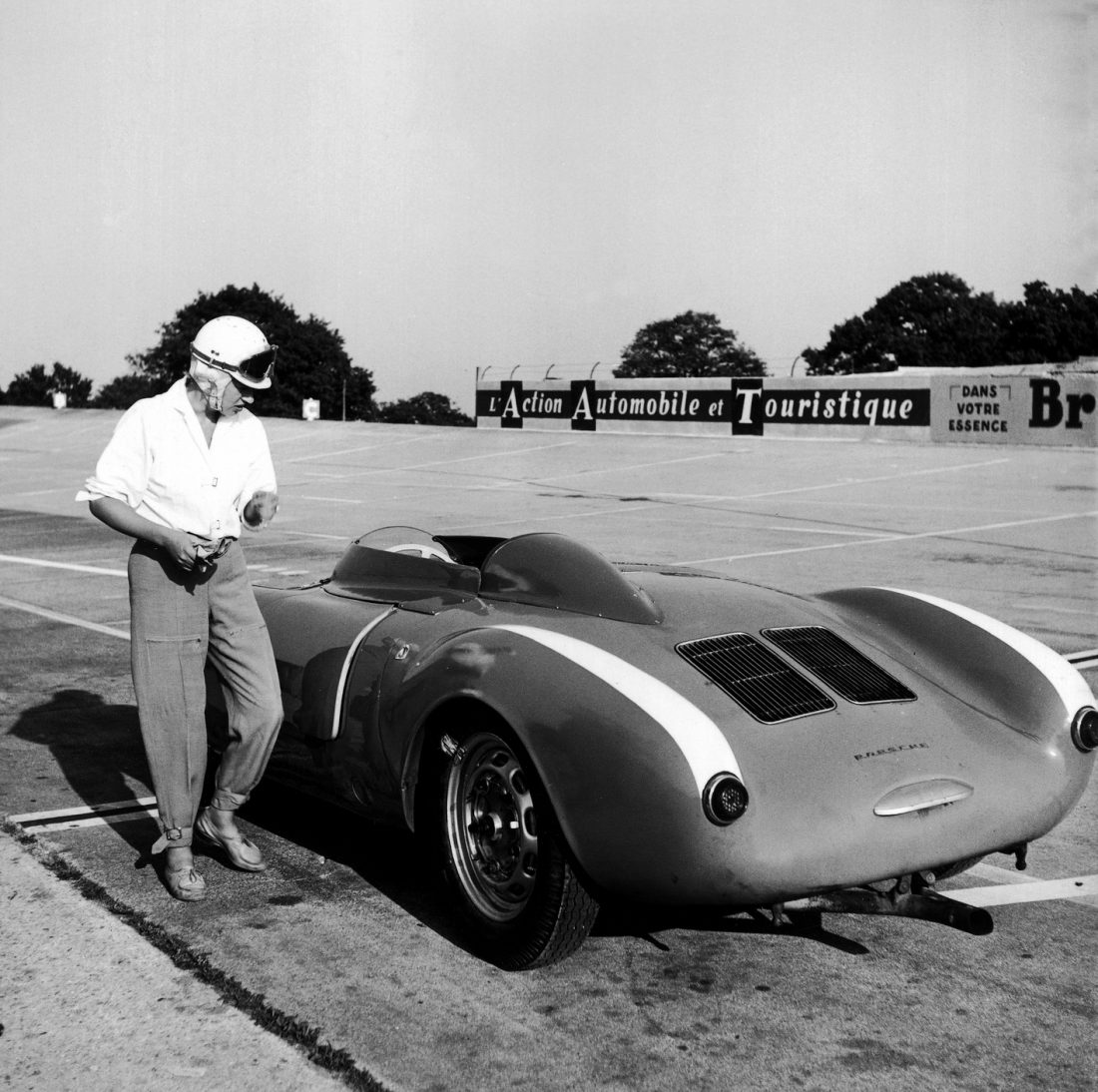 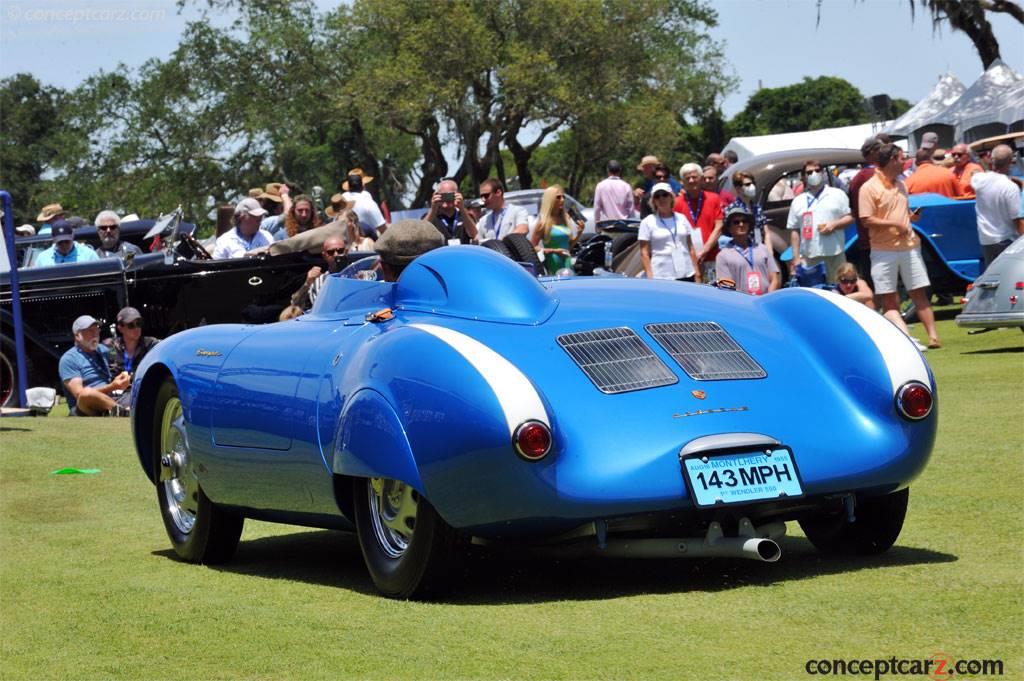 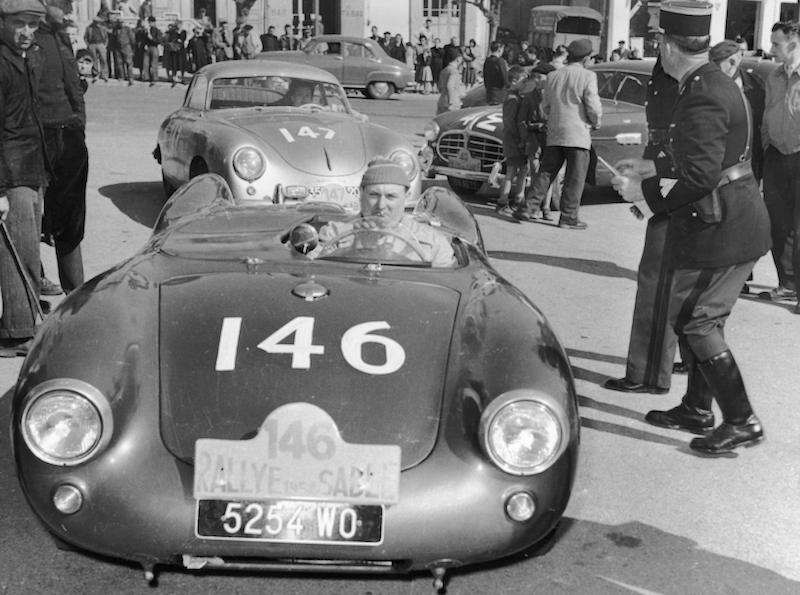 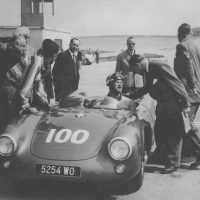 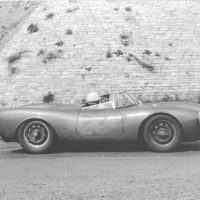 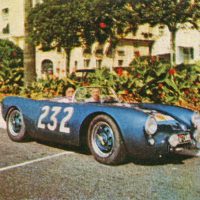 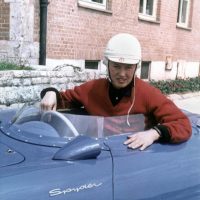 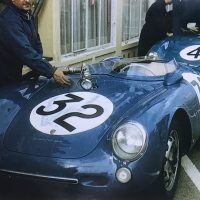 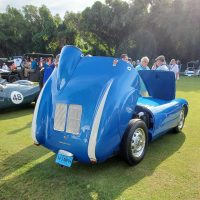 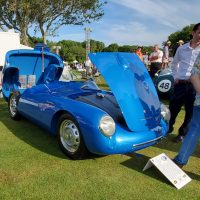 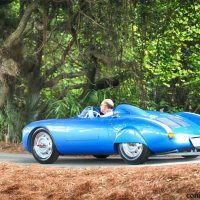