550-0090 was the last of the customer production 550 spyders built on 29th June 1956 with engine # 90096 and a high frame chassis. It was finished in silver with blue darts and beige interior and destined for the west coast of the US. The spyder did not see any track time and was delivered equipped for street use to its first owner Willett H. Brown, President of CBS. With only 634 miles on the clock, he sold the car. After a short time, Porsche dealer Vasek Polak was given the task to then sell the car for the new owner with still a low 12,000 miles added and was bought by Fred Sebald who managed a race car repair shop in Glendale, California and had always aspired to own a 550 spyder. The spyder went into storage throughout the 1960s and remained in its original condition from new. 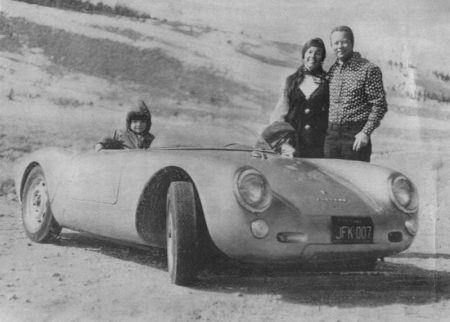 550-0090 was featured in June 1971 edition of the internationally renowned magazine ‘Road & Track’. William Motta photographed 550-0090 and was written by Allan Girdler. Veteran Porsche racer Richie Ginther was chosen to perform the testing of the spyder for the article. 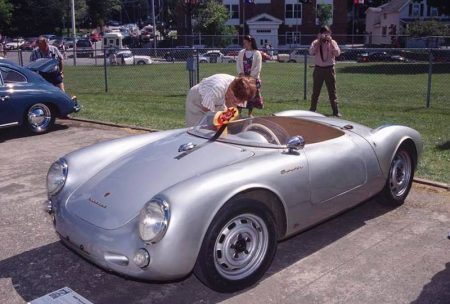 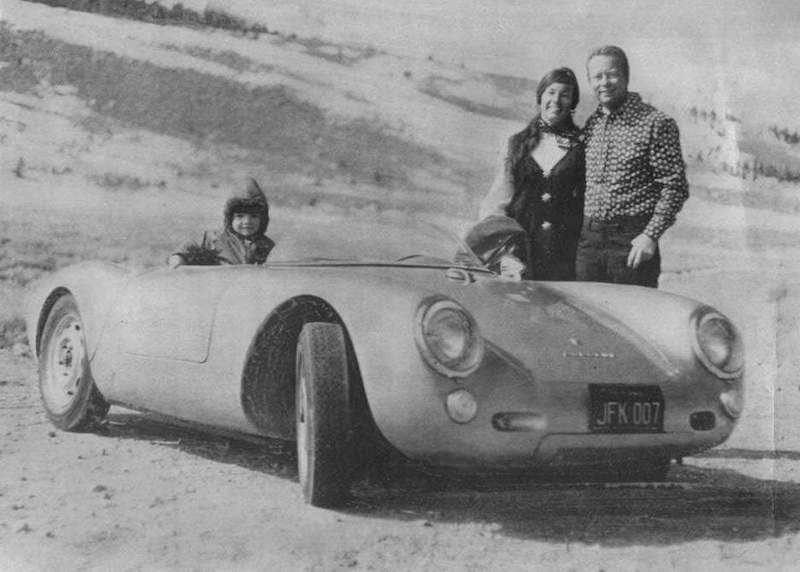 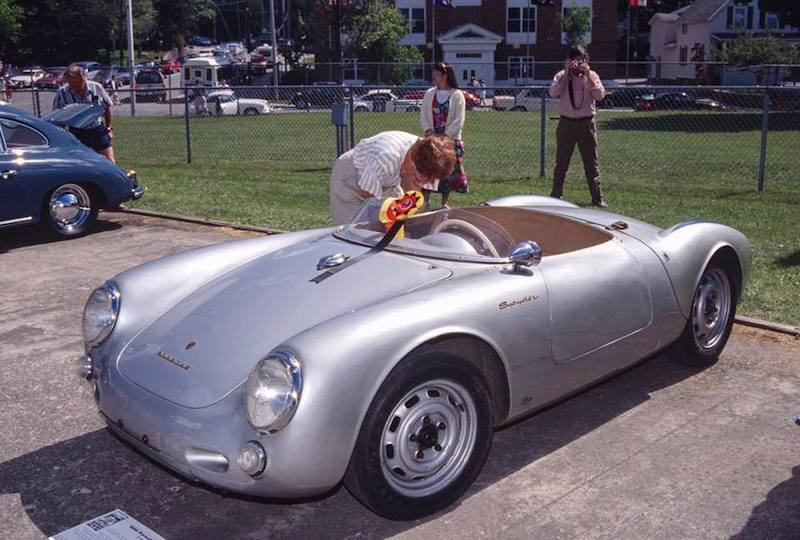 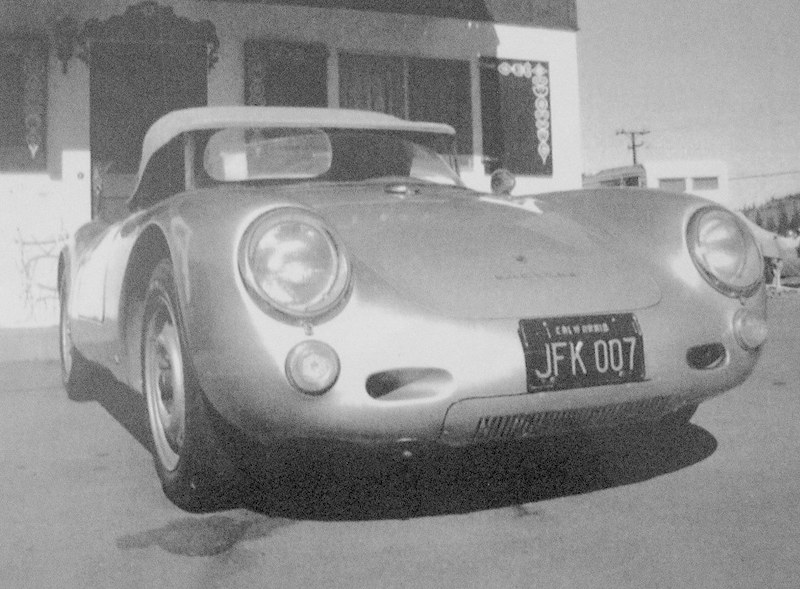 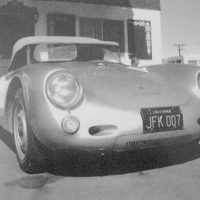 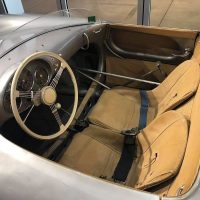 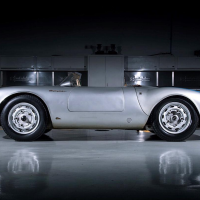 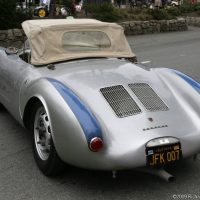 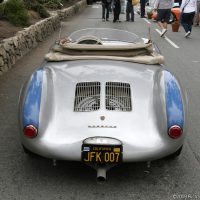 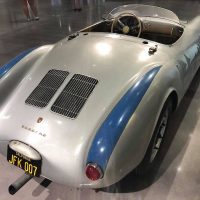