Porsche saw potential in the US market for selling their new race design and shipped 550-04 across to the US to race in the Carrera Panamericana. When the ship arrived in New York, to mark the occasion, the race team posed with the 550 on the docks on the Hudson with the skyline of the city behind them. This was the beginning of the publicity which Porsche became renowned for to expose its new range of sports cars. 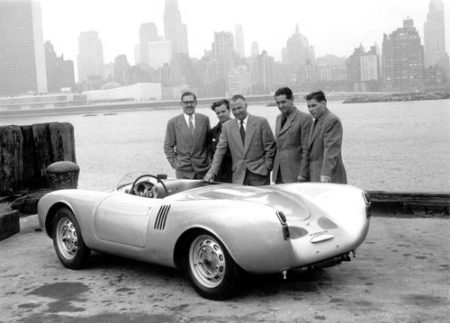 Besides the great successes on the track, Porsche had planned to build approximately 70 customer 550 spyders to be sold in both Europe and the US. The first appearance of the Type 550 was at the 1953 Paris Salon in October. Bodied by Stuttgart’s Weinsberg, 550-05 was designed very much with the customer in mind with luxuries such as a glove box and side windows. Unlike the coupes that raced with the push rod engine, 550-05 was the first 550 to be fitted with the Fuhrmann Type 547 quad cam engine. The car also was fitted with knock off Rudge wheels.

In January 1954, Porsche once again had a display at the Brussels Salon in Belgium. Here they showed 550-06 which was also known as the Buckelwagen, due to the aerodynamic hump behind the seats. This 550 was also fitted with the quad cam engine and the body was a combined effort between Porsche and Karosseriebau Weinsberg. The design featured the whole rear body as one section which hinged to get access to the engine bay. The car had a 356 speedster framed windscreen and the new gauge configuration with the central tachometer as part of the refining of the design. To celebrate and promote the victory at the Mille Miglia that year, Porsche painted 550-09 in race livery and used it as a promotional car in the Porsche showrooms. 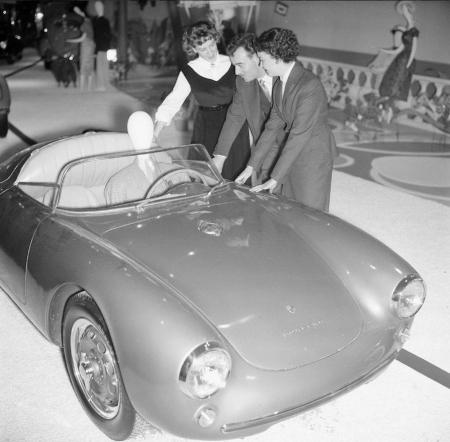 In 1955, Porsche had proven that the spyder was a success both on and off the track. This year at the Paris Salon, they displayed 550-0067, a blue 550 customer Spyder which attracted much attention to the stand as did the white spyder 550-0033 which was used at the 1955 Turin Salon.

There were also many photo opportunities at the Porsche factory in Stuttgart. Photos like this which shows four 550s outside the Porsche Plant No 1 in Stuttgart-Zuffenhausen in 1956, featuring four of the five colours the spyders were available in. Red – 550-0079 / Yellow – 550-0082 / White – 550-0083 / Silver – 550-0084. The yellow spyder was the only one which appeared in this colour and was built for the Belgium racing team. 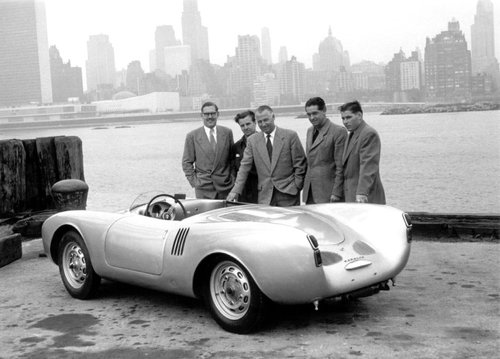 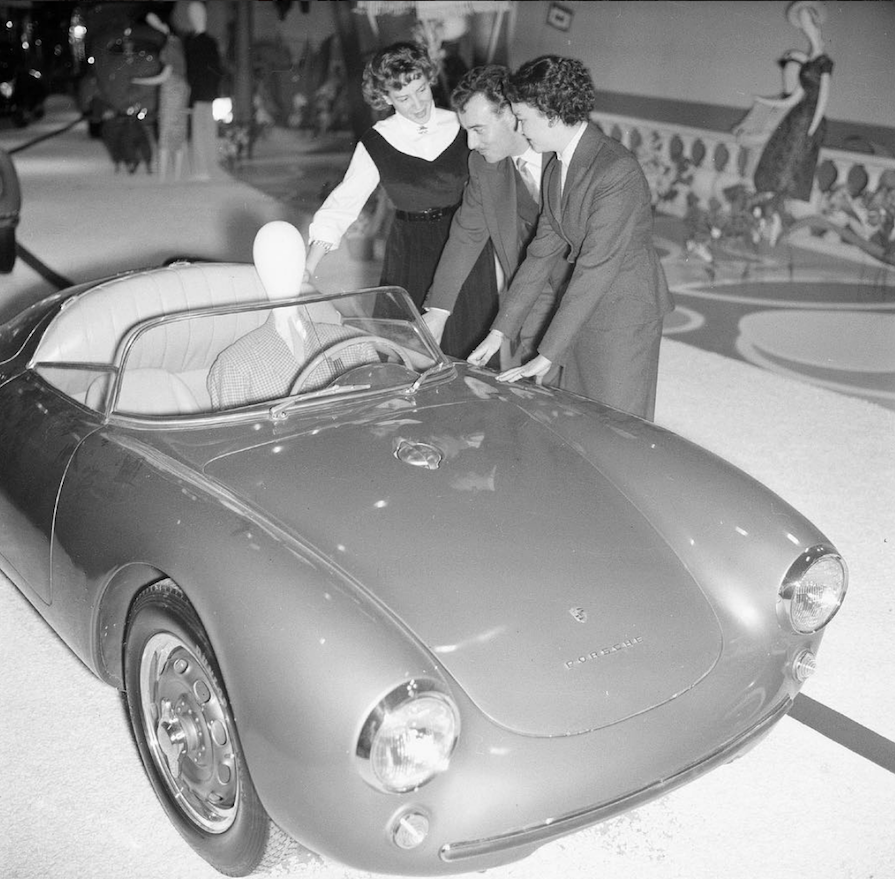 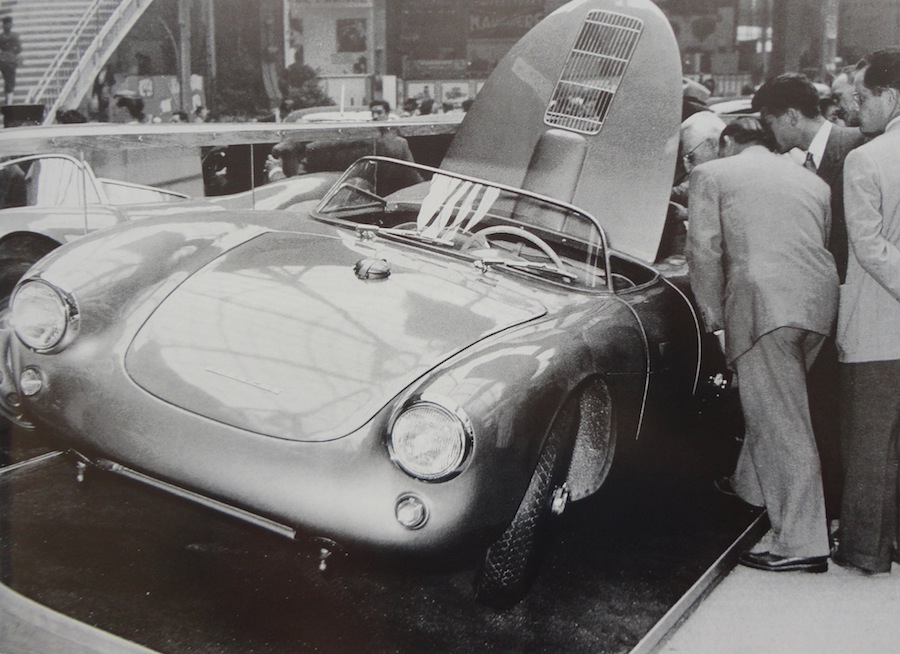 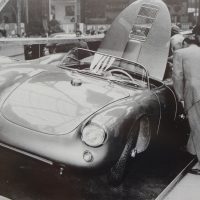 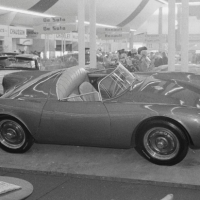 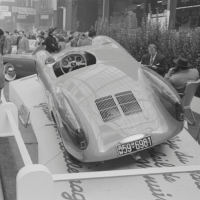 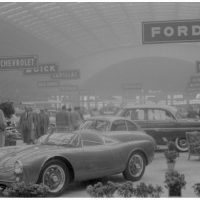 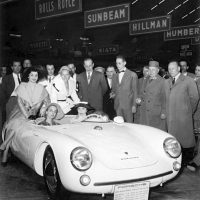 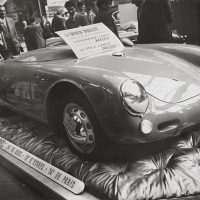 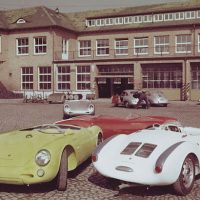 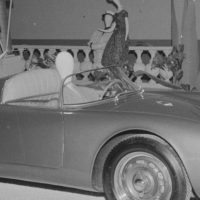