550-0033 was ordered by German racing great Ernst Lautenschlager and was delivered on 29th March 1955 painted white but without coloured darts on its rear fenders and was fitted with engine #P90025. It was first entered into the Montlhery Coupe de Paris race on April 17 with Lautenschlager finishing 2nd. 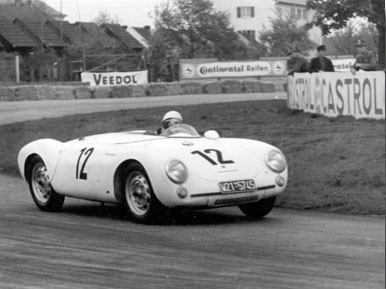 It is reported that the spyder was used 3 days later at the Turin Auto show in Italy, complete with moon hub caps fitted to the wheels. On 30th April, Lautenschlager and co driver Rudi Scholl entered the Mille Miglia finishing 2nd in class and 23rd overall. 550-0033 was raced extensively throughout Europe until June 1957. 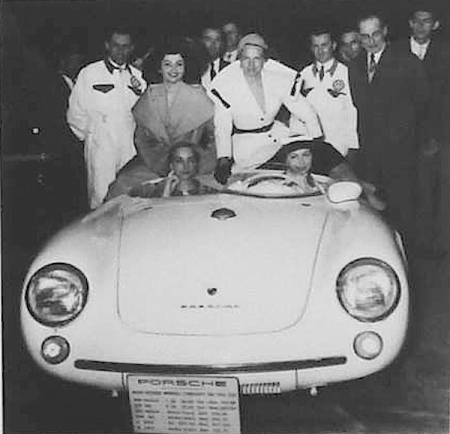 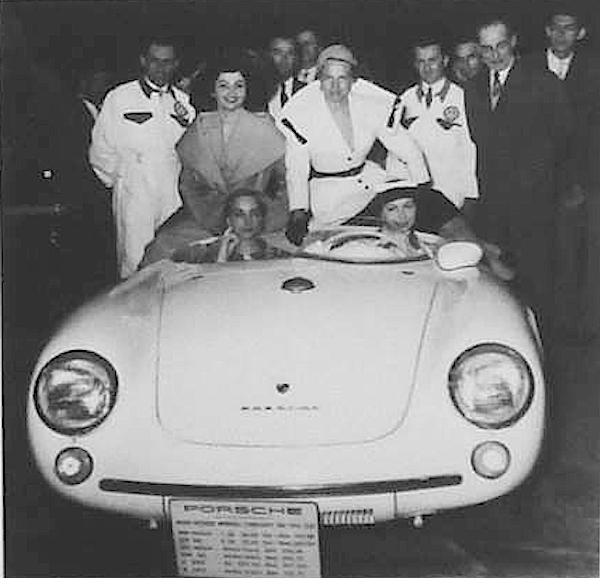 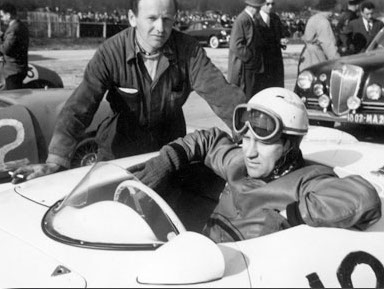 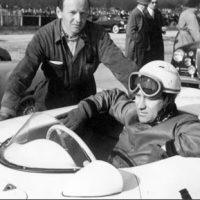 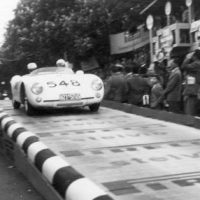 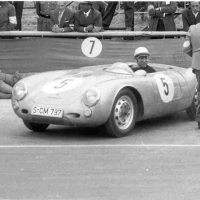 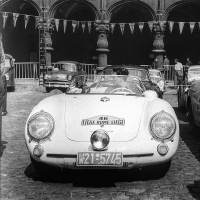 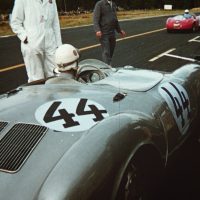 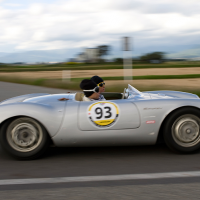 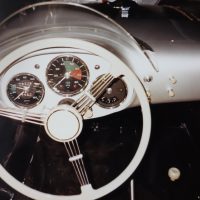 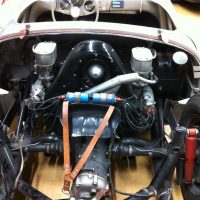