As a performance race car, the 550 spyder was usually seen with an aluminium tonneau covering the passenger side of the cockpit which offered better aerodynamics while on the track. The customer builds came with a rag top roof which was included, in order for the spyder to be classed as a sports car for sale.  Although it was purposely designed for the spyder, the low plexiglass frameless windscreen made it difficult for it to be attached at the front of the screen, so two leather straps connected to the roof were hitched to two loops on the dash and also behind the seats, but still creating a large gap between it and the screen. Many of the spyders that raced in Portugal, did so with a larger windscreen designed for rallying. This screen was large enough for the roof to connect to and keep the driver dry. 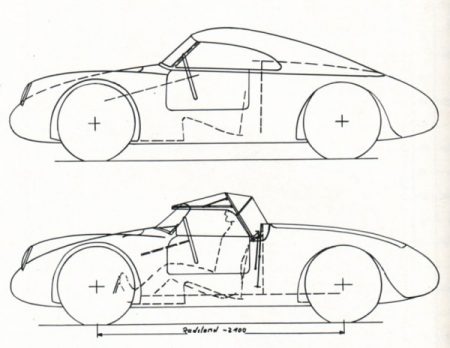 The roof had a clear window at the rear, and the retractable scissor like frame was mounted to the car by one bracket with wing nuts on each side behind the seats and clipped to the body with a number of press studs. The bonnet straps securing the engine bay were designed with a hook on one end to keep the base of the roof in place. When the roof was folded down, the leather straps were hitched to two loops also behind the seats, to stop the roof from flying off at speed. The original rag top was designed to withstand approx. 60 mph when in an upright position. The rag tops are rarely seen on original spyders, but 550-0090 retains it when displayed at events. 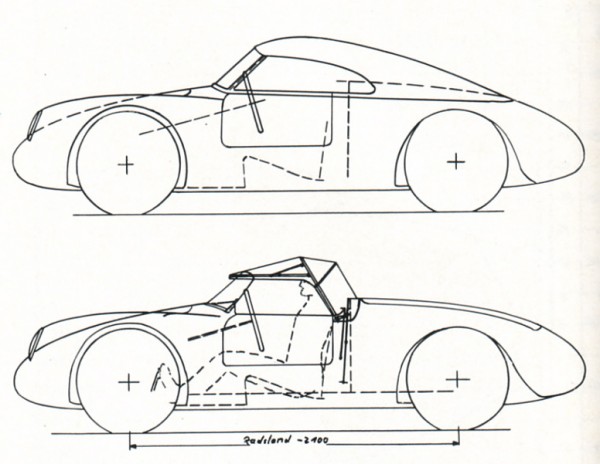 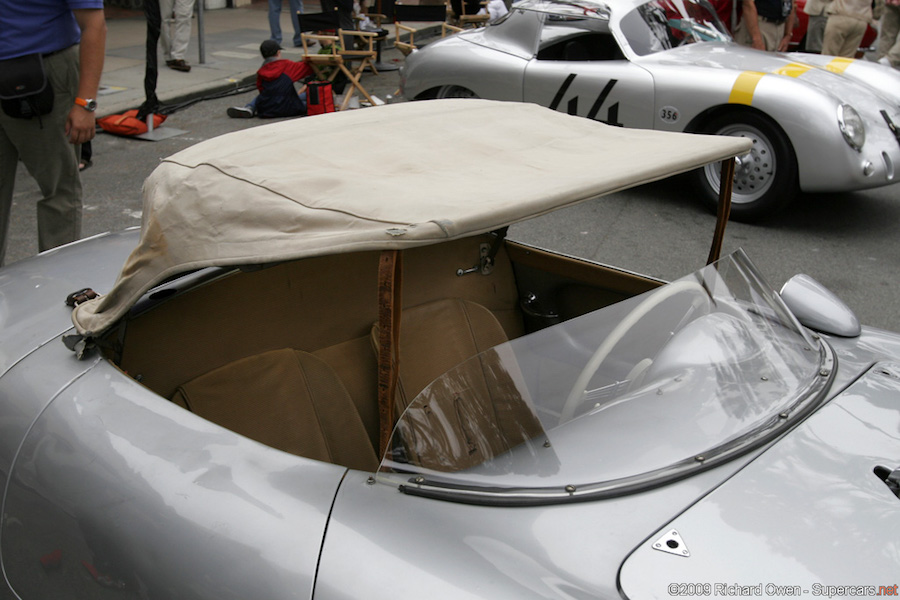 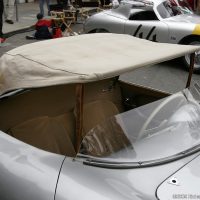 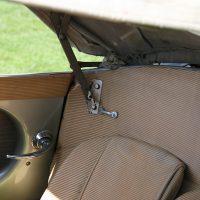 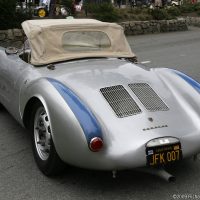 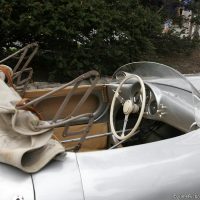 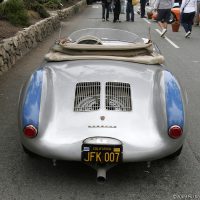 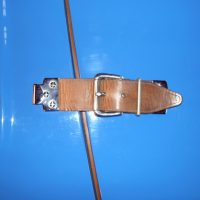 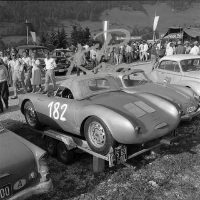 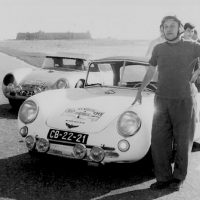