For such a limited number of builds, the 550 spyder was always in contention for a podium result, usually finishing in the top three results in its class. The beauty of the 550 was that it could be driven to the track, raced and then driven home, which showed the flexibility of being both a road and track car, with many of them being road registered. Each spyder was individually designed and customised to be raced and although from the pits it was difficult to identify the sometimes six 550s in the race, the aid of colouring tail spears along the rear wheel fenders, enabled the teams to see their cars. The racing spyders were predominantly silver in colour, similar to the factory colour of the Mercedes, but there were other splashes of blue, red, yellow and white making up the Porsche palette on the circuit. 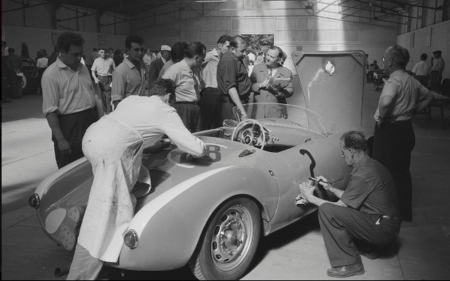 Each spyder was assigned a number for the race and had gumballs positioned on doors, front and rear, to be seen from any angle. On some 550s owned by privateers, a crude hand written number scrawled in house paint usually served the purpose. Cars with high numbers assigned usually raced in events where cars left the start line at designated times such as in the 1000 mile Mille Miglia, where number 351 represented the start time of 3.51am. On many occasions, numbers on each spyder would change for each race entered, which today helps identify the 550 by chassis number and driver in vintage black and white photos. A number of privateers would choose one numbers and race using it at all events like Jack McAfee and #88. 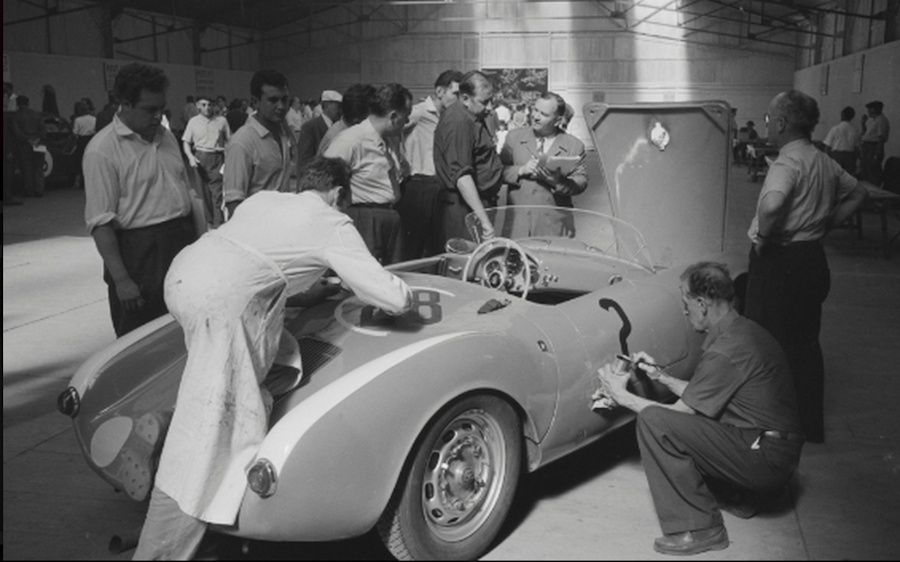