James Dean was not only a promising actor of the fifties, but also a very talented motor racing driver on the Californian circuit scene. Between March and September 1955, he drove his Porsche 356 super speedster under the temporary race numbers 23, 123 and 33 to a respectable 1st in the preliminary race at Palm Springs and the following day finishing 2nd in the main race. Again at Bakersfield in May, he finished in 3rd place and the same month raced at Santa Barbara but failed to complete the race. At Santa Barbara, Dean had seen the beauty and speed of the Porsche 550 in action and spoke at length to fellow driver John Porter about his own spyder which finished 3rd on the day.

Dean’s need for speed saw him trade his Porsche Speedster for one of the new 550 spyders from Porsche’s US dealer Johnny von Neumann. He bought the car planning to test it out at the upcoming races at Salinas. Dean was thrilled when he got delivery of his 550 Spyder, chassis number 550-0055 on September 21, 1955. Over the coming weeks, Dean without the experience to handle the car, was involved in a number of incidents leaving the spyder scarred, as seen in many of the last photos taken of Dean. He had at least two minor shunts on the street resulting in a missing driver’s side turn signal lens, and a rushed silver paint spray job without masking the black rubber gasket around the oil cooler cover. There is also damage to the front hood creasing it diagonally plus also another more noticeable crease in the rear quarter panel where Dean spun out on Mulholland Drive and hit some garbage cans. There was no time to fix the damage before the race weekend at Salinas. 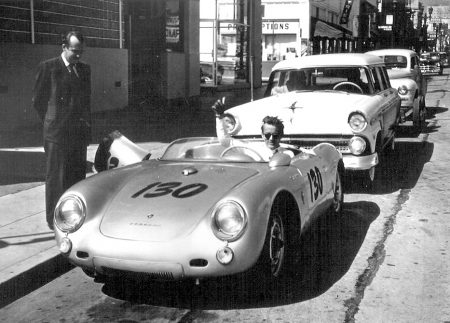 Jimmy took his spyder to sign writer Dean Jeffries who put on Dean’s provisional race number 130 in washable black paint on the doors and bonnets as Dean did not have his permanent Cal Club license yet. Jeffries also painted ‘Little Bastard’ in script across the real deck lid above the license plate light. ‘Little Bastard’ was a nickname adopted by James Dean after Jack Warner (Warner Bros) once referred to Jimmy as a little bastard after Jimmy refused to vacate his temporary East of Eden trailer on the Warner Bros lot.

On 30th September 1955, Dean set out from Competition Motors with mechanic and friend, Rolf Wutherich, in his new spyder to the races at Salinas. Behind Dean following in a Ford station wagon with a trailer hitched for the spyder was Bill Hickman and Sanford Roth. Once on the open highway Dean sped along until a highway trooper pulled the Porsche over and gave Dean a speeding ticket. Soon Dean and Wutherich were beginning the ascent of the Diablo Range mountains, as he drove toward the sun on that late Friday afternoon along Route 466, a student Donald Turnupseed, was driving home in his 1950 Ford Custom. Not seeing Dean’s car in the twilight, Turnupseed turned into the path of the actor’s speeding car, and with little time to react, the 550 spyder crashed into the Ford, tearing it apart and coming to a stop on the side of the road. Dean’s driver’s side of the Porsche was hit the worst, pinning him inside with a broken neck which killed him instantly. Rolf Wutherich was thrown from the wreck and survived with a smashed jaw, a broken leg, and multiple contusions, cuts and abrasions. Donald Turnupseed suffered only relatively minor injuries and was not charged by the California Highway Patrol officers who investigated the accident. 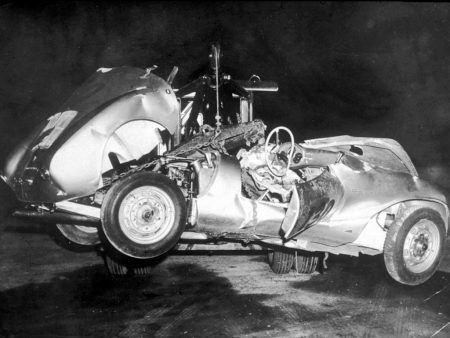 Following the accident, the entire wreck was purchased from the insurance company by Dr William Eschrich who mounted the type 547 Porsche engine (#90059) in the front of his Lotus IX No 159 for the 1956 Pebble Beach races in the spring. The transmission, steering, brakes and other mechanical parts were taken as spares. The remains of the body given to George Barris for his safety road show tour, where he had his team beat and bend sheets of aluminium and fit them to the damaged frame to replicate the body after the accident. Details such as headlights and doors were not shaped for the display car .

Like a Hollywood movie, Barris created exaggerated stories where fact was liberally mixed with fiction resulting in the ‘curse of James Dean’. It is reported on a number of occasions where people who had either bought or tried to souvenir parts from Dean’s spyder or involved in transporting the car, were injured or killed. Many of these stories are unfounded.

No one has revealed the whereabouts of the spyder shell after it disappeared while on tour and even with a million dollar reward offered for information and proof, it has not been seen since. The infamous connection between James Dean and the Porsche 550 spyder only lasted for nine days, but the legend of both live on for eternity!

The final account of James Dean’s lead up to his death and the spyder road show is very controversial as many people have claimed their own stories as fact. The information here is believed to be the most accurate account based on the book ‘James Dean At Speed’, written by Porsche historian and devoted James Dean archivist, Lee Raskin.

There are a number of videos which try to reconstruct what happened on that fateful day which also gives a good insight to the cause of the accident. 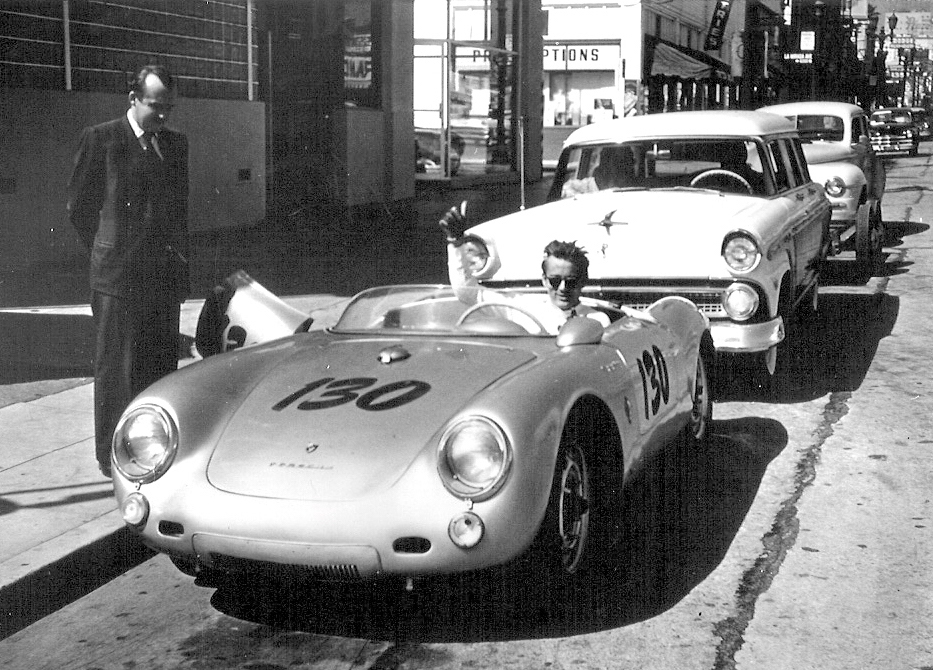 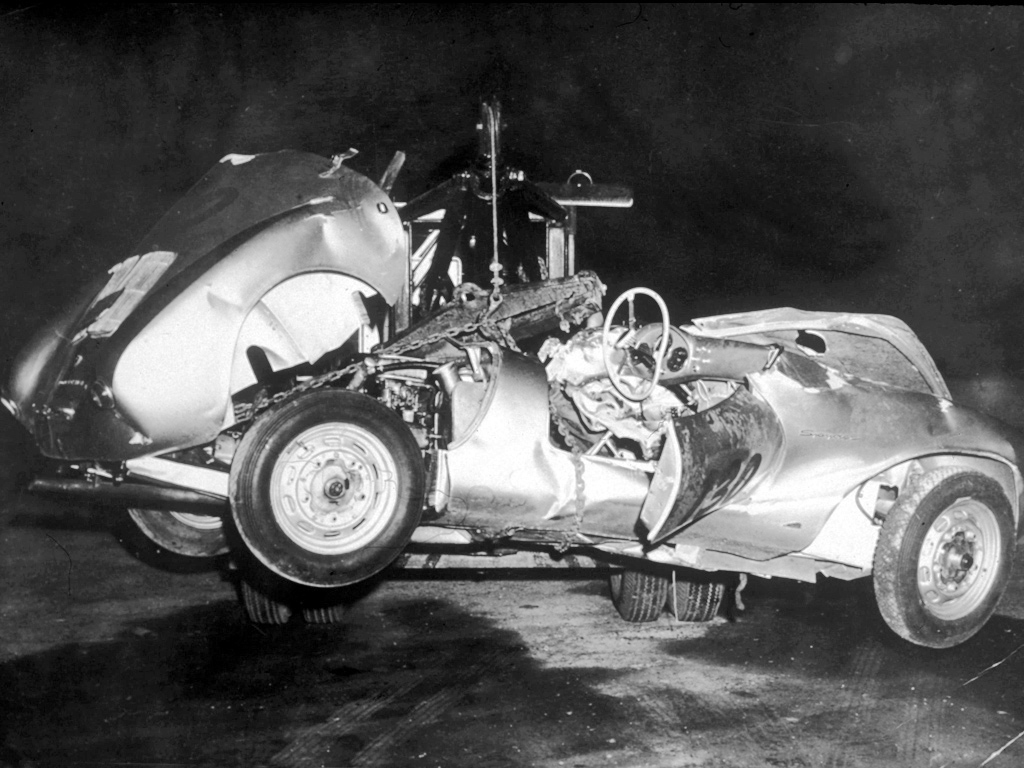 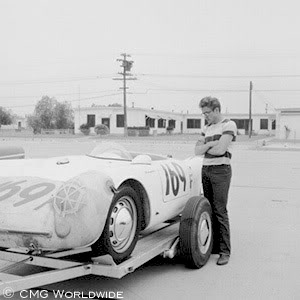 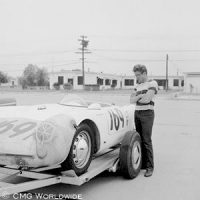 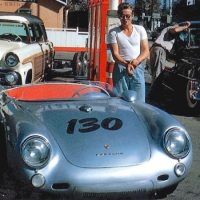 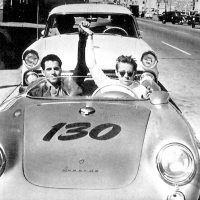 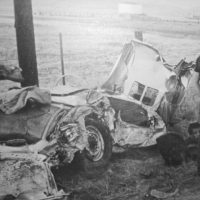 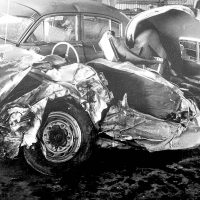 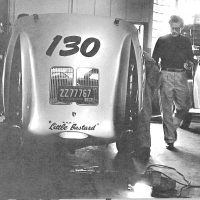 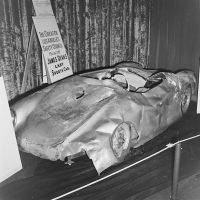 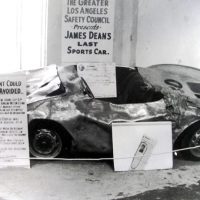 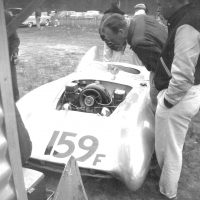