550-14 was the first of the 550 prototypes where it was a joint collaboration between Porsche and Weinsberg to build the body, completed in July 1954. The body design was a prelude to what would become the RSK Porsche, with a more aerodynamic nose positioned lower to the ground and integrated slanted headlights into the front fenders. With all the wind tunnel testing Porsche had performed, this configuration incorporated all the design cues to produce the most streamlined design to date, including full wrap driver’s windscreen, full passenger seat tonneau, small driver’s head faring, half wheel covers on the rear and crest covers on the front wheel openings. Although the higher rear of the Buckelwagen was optimal, the slightly lower driver’s cowl offered similar wind flow to the rear body grills. The car was powered by their latest 1,498cc quad cam engine – # 547-12.

After closed circuit testing, 550-14 was entered into the September 1954 Avus GP in Berlin with Hans Herrmann as driver. The Avus was a difficult circuit to steer a car due to its banked corners and pattern brick track, but as it was continuous curves and straights, there was little change in direction which allowed the streamline of the car to take advantage of its maximum speed. Along with 550-12 and 550-13 (did not start due to an accident in the qualifying race), both cars started on the front grid and led for the entire race, with 550-12 claiming the chequered flag and 550-14 finishing second. 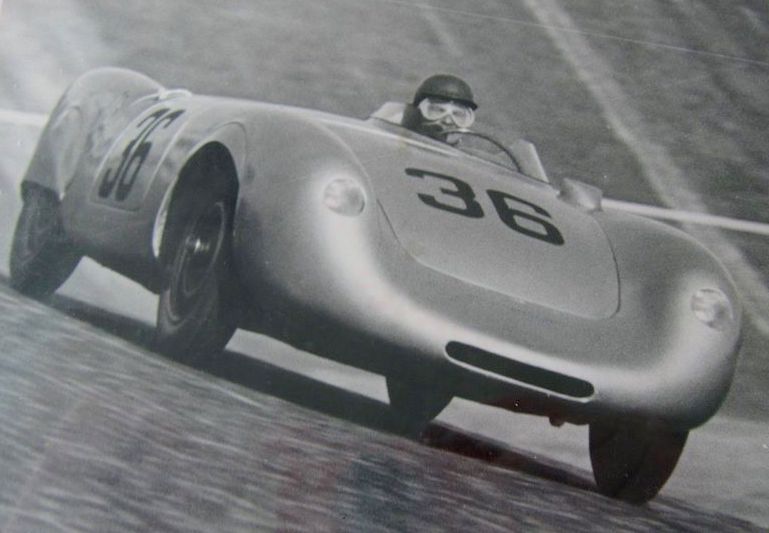 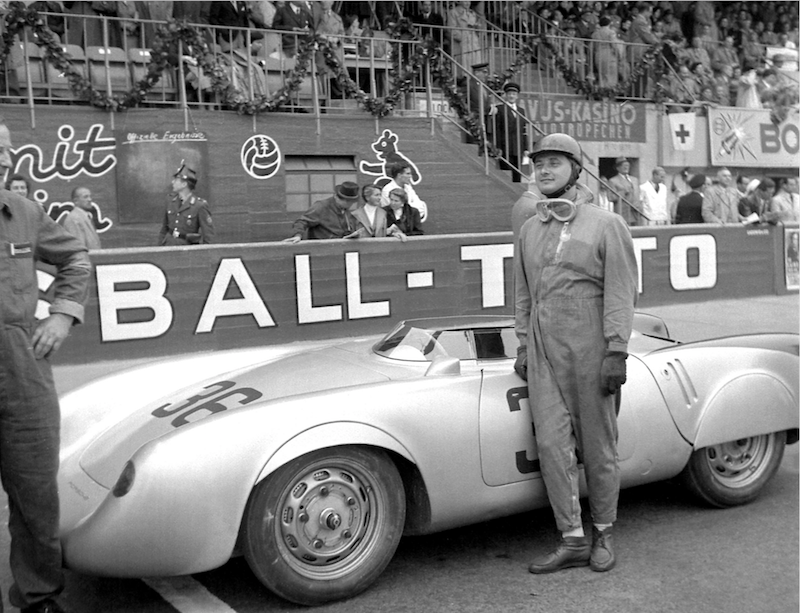 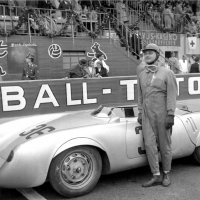 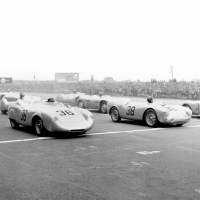 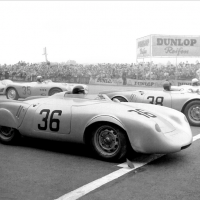