550-03 and 550-04 were sister cars with bodies fabricated in May 1953 by coach builder Weinsberg, who had aircraft production experience during the war. There were slight variations in both the bodies and finishes such as running lights directly under headlights on 550-03, but were inset towards the centre on 550-04. They were both built on a new frame manufactured by Weinsberg with a new layout where the rear torsion bar tube was moved ahead of the engine instead of positioned behind the transaxle like it was found on 550-01 and 550-02. This allowed the set up for trailing arms rather than leading arms. The front suspension was a typical VW type design with twin parallel trailing arms and torsion-bar springing.

The first configuration of 550-04 was as a Buckelwagen with a raised rear bulkhead which was bolted onto the existing rear deck but without the louvered gills in the sides behind the doors as found on 550-03. Porsche’s in-house body engineer Erwin Komenda ensured that the design of the bodies were more purposeful than their first attempts with 550-01 and 550-02. It was fitted with a full size windscreen and sloping side door windows for greater aerodynamics. As Porsche was still in the phase of testing prototypes and trying different body configurations, 550-04’s production was complete a month after 550-03 during August 1953. Both cars had a raised hump between the two rear deck lid grills to clear the fan shroud of the type 547 engine. Testing initially utilised the quad cam engine 547-01 which was later transferred to 550-03 showing promising results.

Porsche had entered 550-03 and 550-04 in the November 1953 Carrera Panamericana in Mexico as Werks cars. The cars were sponsored by Californian Wendell Fletcher whose business Fletcher Aviation Corporation, was licensed to use Porsche engines in the planes he produced. He agreed to co-finance a racing expedition to Mexico. The cars were also to compete in a SCCA race in Albury, Georgia before the Mexican race, to gain exposure for Porsche in the US. Both cars were shipped to New York and 550-04 was used in a photo opportunity on the docks of the Hudson with the New York City skyline as a backdrop. 550-04 had been reconfigured without the Buckelwagen features to be race-ready including four louvers in each side of the fixed rear for greater air cooling and a tuned super push rod engine. Unfortunately Von Hanstein and Herrmann were plagued with fuel pump problems in both races. 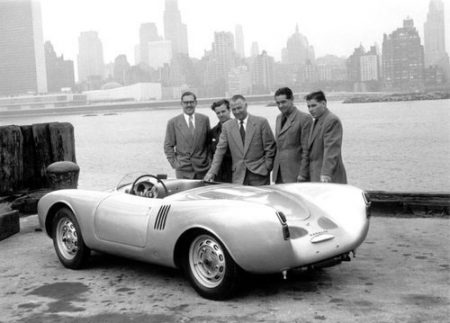 550-04 staying in the US with only two races including the 12 hour Sebring race in March 1954 where it finished 4th. Porsche was more prepared for the 1954 Carrera Panamericana entering both cars again, but this time with the push rod engine swapped out with 547-05, increasing the power to 117hp. The position of the grills on the rear were also moved down. Fletcher and Telefunken were sponsors with Herrmann as pilot, finishing 3rd overall and 1st in class.

A deal was made at Nassau Week to sell 550-04 to Bob Davis on the condition that the car would be prepared by the Porsche Werks mechanics before Davis entered the car in the March 1955 Sebring race. Davis finished 4th in the race but raced it for the 1955 season before it was sold to Fred Vetter with a push rod engine. The car was raced extensively up until 1963, which at the time was owned by George van de Sande before it was sold to Porsche/VW dealer Norm Anderson who raced it up until 1967. 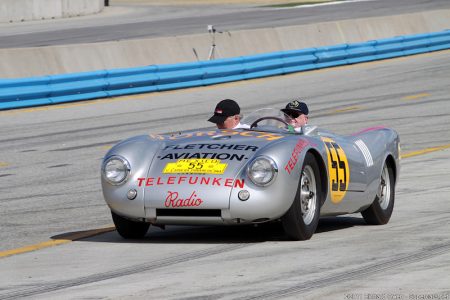 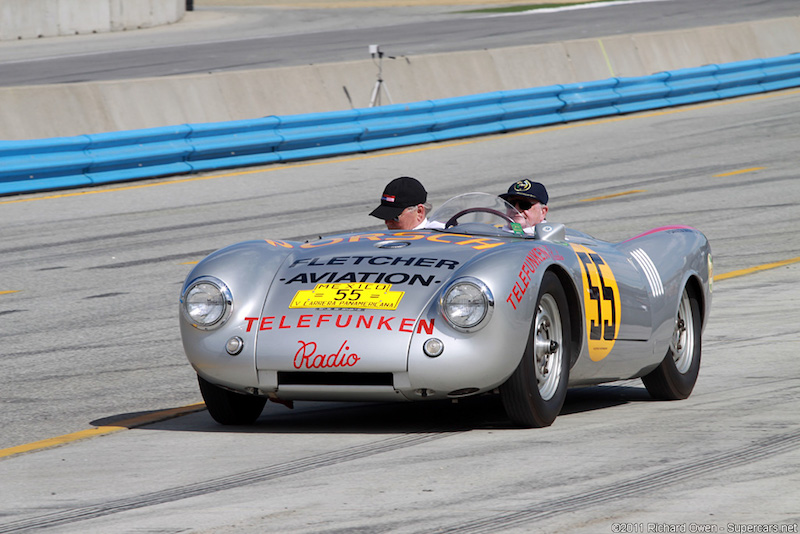 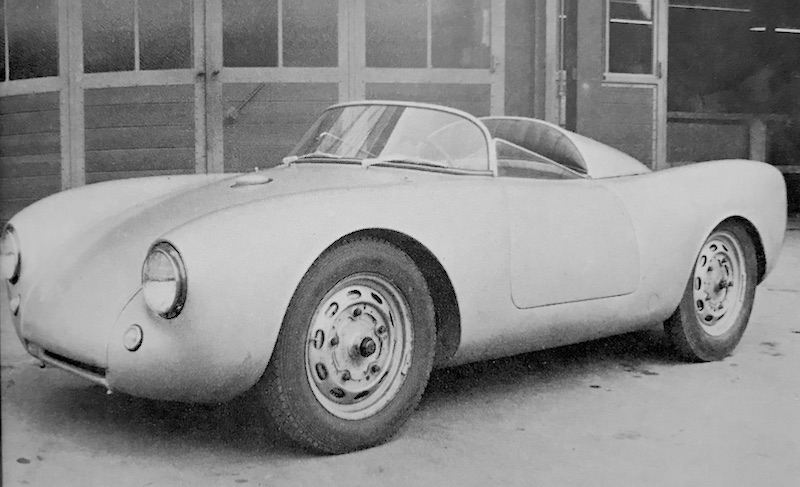 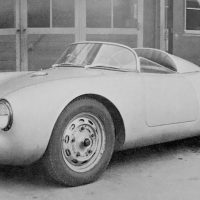 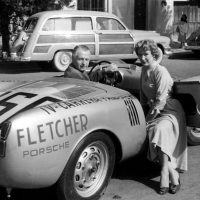 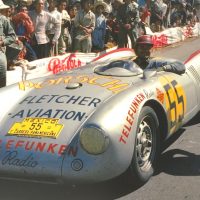 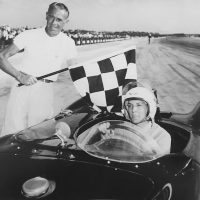 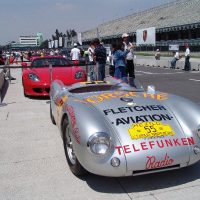 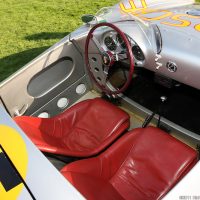 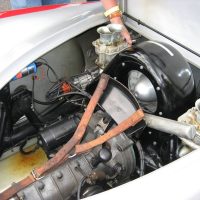 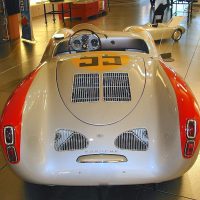