550-0088 was the third last customer RS550 built on the 28th June 1956, finished in white paint, blue darts, black interior and fitted with engine # P90095. It was exported to the west coast of the US and purchased by Eldon Beagle whose first race was at Sacramento in September 1956. This was Beagle’s second 550 spyder as he had only recently sold his 550-0053. Beagle travelled down to Nassau for the speed week in December along with racing at other tracks like Laguna Seca, Stockton and Palm Springs up until December 1957. Beagle made some modifications to his spyder such as louvers in the side to help cool the engine and a distinctive high headrest to conceal the roll bar which had become a mandatory safety requirement for the 1957 season. 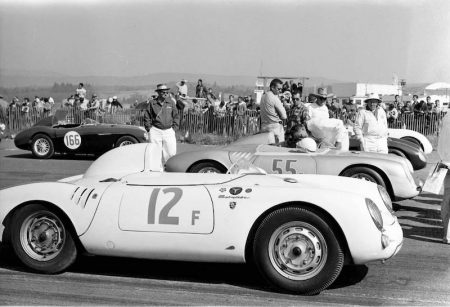 In early 1958, Beagle sold the spyder to friend Ervin Lehr who also raced it on the west coast with many podium finishes before selling the 550 to Leon Robertson for the start of the 1959 season, racing it at the same tracks of Stockton, Palm Springs and Pomona until March 1960. 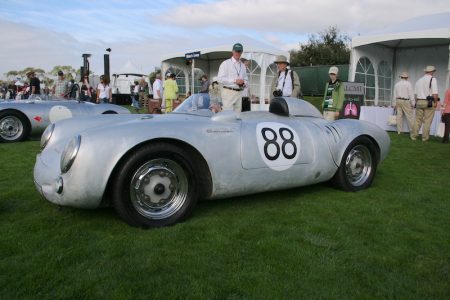 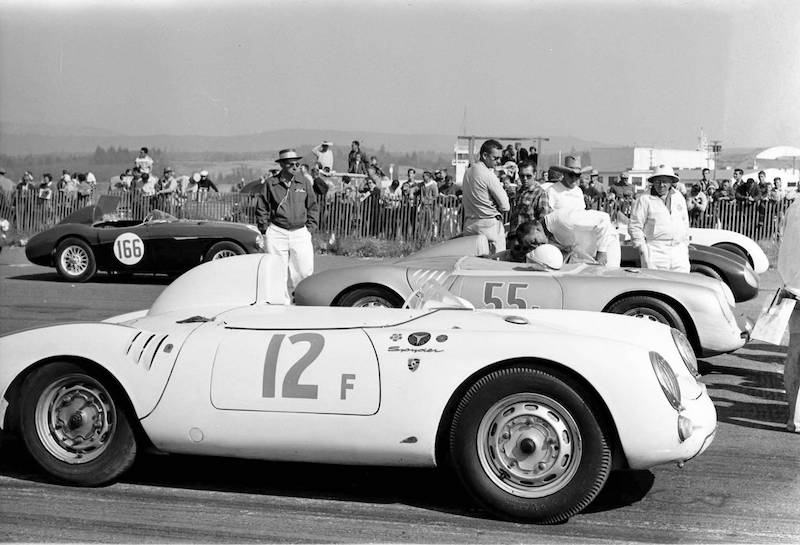 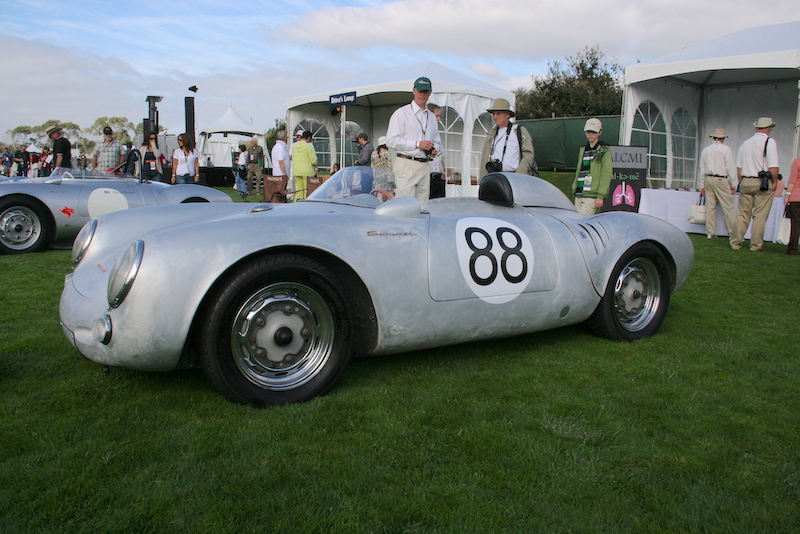 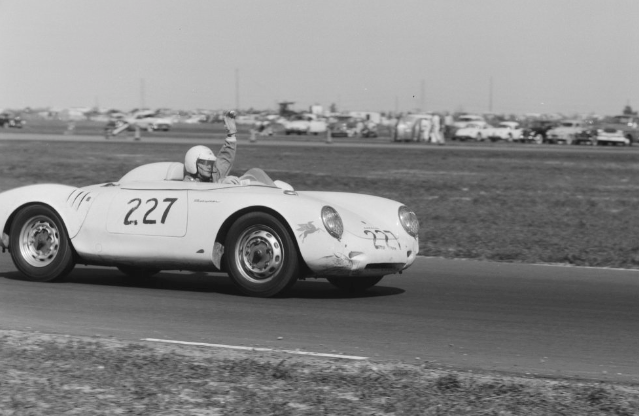 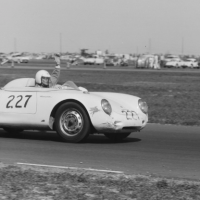 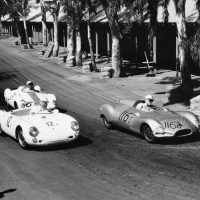 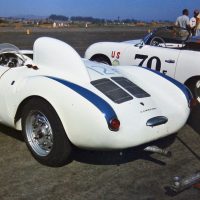 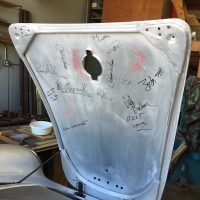 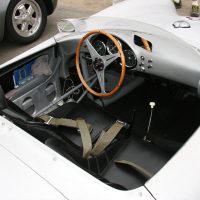 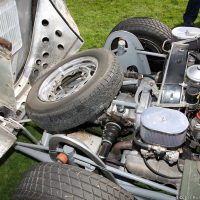 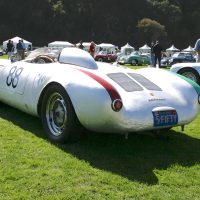 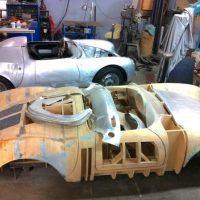