Paul Sagan was a Porsche/VW dealer in Uniondale, New York and like many, he was also a weekend racer with a career spanning from 1956 to 1961, frequenting tracks like Thompson and Lime Rock. The advantage of being a dealer was he had access to the latest Porsche racing models to hit the shores of the US. He purchased 550-0073 from Max Hoffman’s New York City dealership, to use the car to promote his dealership. Paul started at Thompson racing 550-0073 in June 1956 and as a skilled driver, he often finished first or second in each race. By the end of the ’56 season he had accumulated enough points to gain second place in the national FM standings behind legend Jack McAfee.

At the beginning of the 1957 season, he used his engineering and mechanical knowledge to modify 550-0073 to resemble a hill climb car, by drilling the entire car with lightening holes to reduce weight, with the purpose to compete against the newer 550As on the track. Unfortunately during a race at Lime Rock in 1957, his new light and agile 550 crashed and rolled numerous times, causing extensive damage plus injury to Sagan. The car was then parted including the quad cam engine, with the body sent to a Ferrari repair shop. The car was there for an extended time before Sagan sold it half finished to friend Bill Dunne who also owned a Porsche/VW dealership and used the spyder just on the local streets. Sagan updated to the new 550A model, which he raced along with a rare 356 American Roadster. 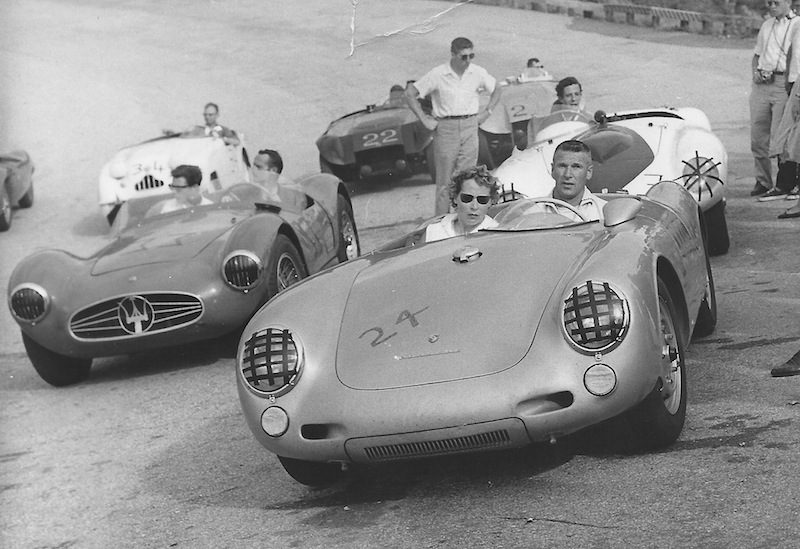