550-0068 was one of the later built Porsche 550RS customer Spyders, completed on 19th September 1955. With an original four cam engine number 90071 and matching transmission number 10061, the Spyder was used by Porsche to promote the latest models available at the Frankfurt IAA Auto Show three days later on the 22nd September. According to the Porsche records, the Spyder was delivered with the body painted silver with blue tail darts and beige interior. 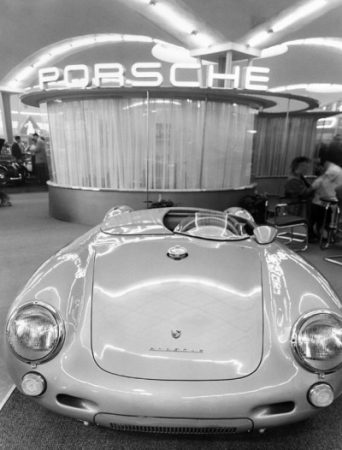 After the motor show, 550-0068 was shipped across to Porsche’s US East coast dealer – Max Hoffman located in New York. The car was soon purchased by Miami based Porsche and Volkswagen dealer, Mike Marshall who was new to racing and was drawn to the lightweight, high performance of the 550 which he had seen racing on local circuits. As Marshall had a dealership with a workshop, he was able to customize the 550. With new safety regulations set by the FIA for the 1956 season, Marshall made some upgrades to his 550 adding the additional safety of a roll bar under the cowl on the driver’s side and also replacing the single centered exhaust with long dual exhaust pipes for greater performance. He also did some cosmetic changes to the Spyder, painting the tail darts red plus fitting a red interior.

The Florida racing scene was very active in the late 1950s and Marshall saw it important for his dealership to be involved. Many European cars were popular and very competitive on the local airport tracks including a mix of both Porsche and Lotus drivers like Jean Spidel, John Cuevas, Duncan Forlong, Joe Sheppard and also Mike Marshall, who always raced against each other in the same classes and were great racing comrades. 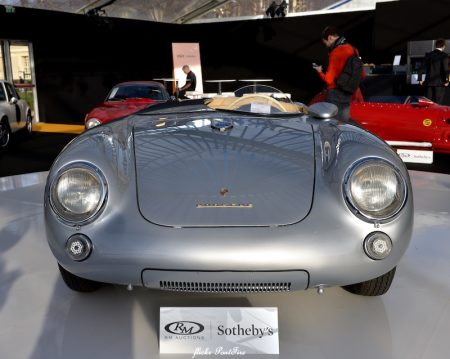 Marshall raced 550-0068 in close to a dozen races over two and a half years with podium finishes in many. His last race was the New Smyrna Beach National Sports Car Race in February 1957 where he crashed his 550 in the Preliminary race and sustained serious injuries leaving him partly paralyzed and confined to a wheelchair. This also ended his racing career.

550-0068 remained with Marshall until early 1958 when John Cuevas convinced him to sell the car. Although not seriously damaged, the Spyder needed the front end repaired. Porsche’s latest offering was the 718 RSK and Marshall thought the nose section of the new model would look better grafted on the 550 body.

Once repaired with a fresh coat of white paint, Marshall sold the car to Jack Sheppard Sr., who owned a foreign car dealership and repair service in Tampa Florida called Import Motors, specializing in Jaguar, MG, Lotus and other British sports cars.

Jack’s son Joe had just returned from the army and was keen to race. Starting in 1955 with a Lotus 9, he soon developed a winning reputation on the track and earned the nickname of ‘the Tampa Hot Shoe’ with his skilled driving ability. He raced a variety of other European cars but was also drawn to the Porsches.

Joe first took the Spyder out at the Chester airport track. The car was very difficult to drive compared to all the other cars he had raced. It was thought the new nose made the car unbalanced especially when cornering. Fritz Schiedel was Joe Sheppard’s mechanic and decided to drill holes in the chassis to lighten the rear of the car to help rectify the problem. Joe raced it again at Gainesville and encountered the same problems and never raced it again. Duncan Forlong, a friend of the Sheppards, raced it once at the Dunnellon Park Road Race in late 1958. Jack senior sourced a 550A for Joe to race while 550-0068 remained at the back of the workshop. 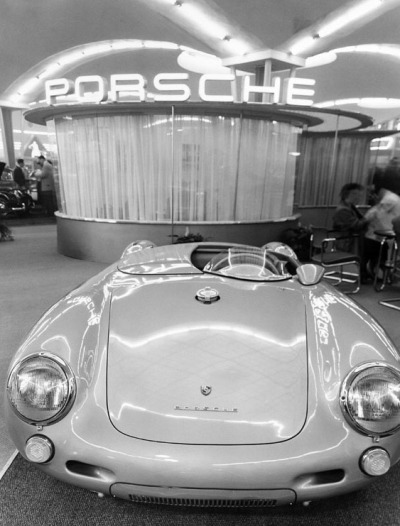 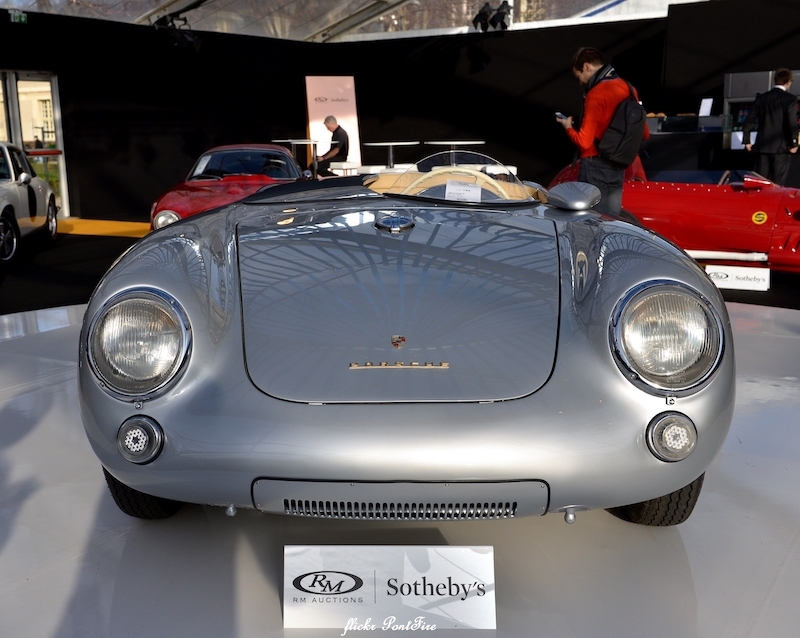 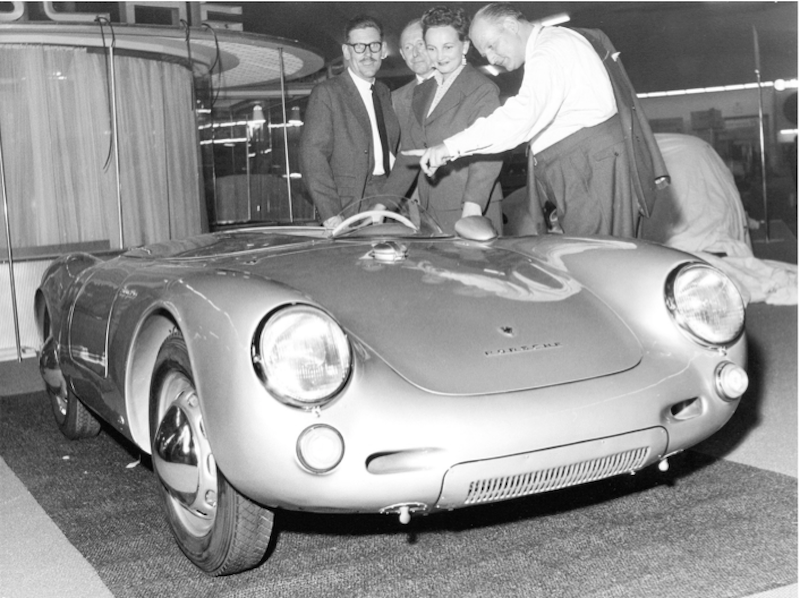 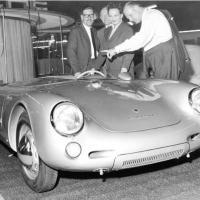 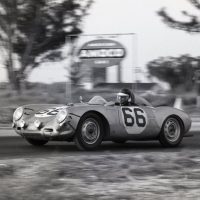 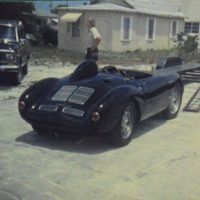 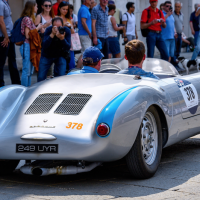 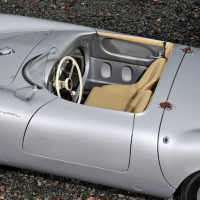 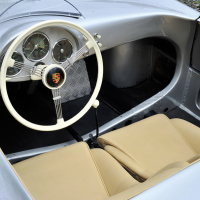 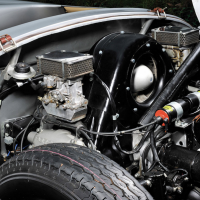