550-0063 was completed on 22 September 1955 with silver paint and engine # P90038. The spyder was shipped to the US and bought by team owner William Edgar who raced it for the first and only time on 17th May 1957 at Cumberland finishing 5th. Like most of Edgar’s cars, he had a number of driving professionals to pilot different events for him. 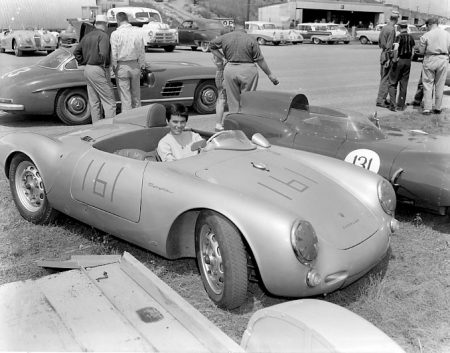 Suzy Dietrich was one of his favourite female drivers who raced 550-0063 at Watkins Glen and Cumberland also. It is unsure if Bernie Vihl purchase the car from Edgar in mid 1958 to race, but by May 1959 the spyder was purchased by Peter Ryan who raced the spyder in Canada finishing 1st in most races. By 1963 the spyder had returned to the US and raced by Gunter Havenith and George Dickinson until October 1965. 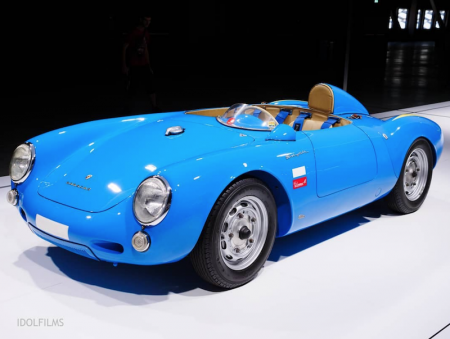 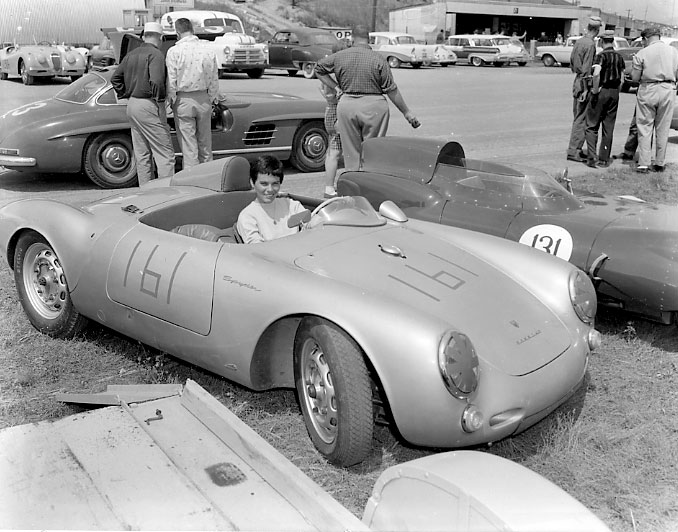 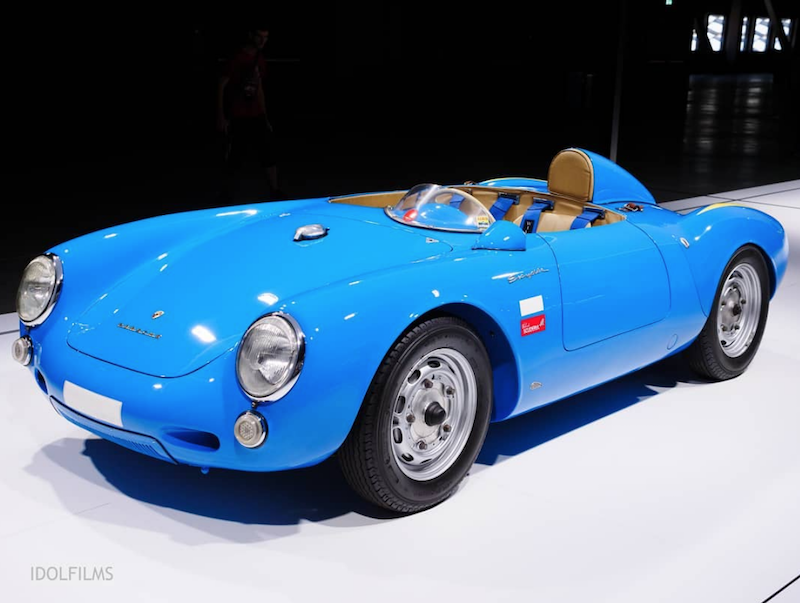 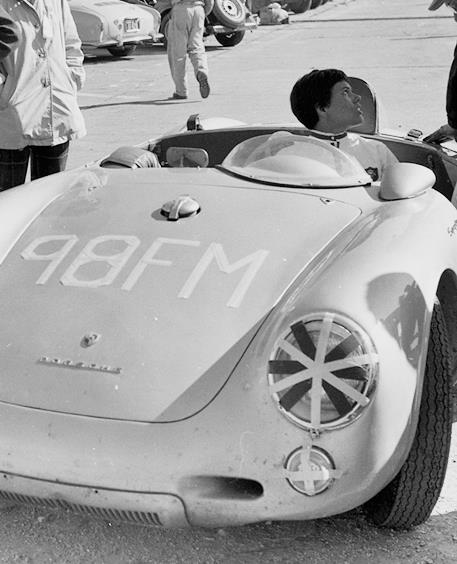 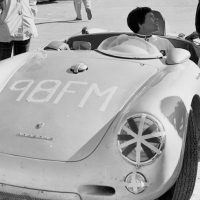 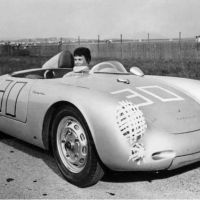 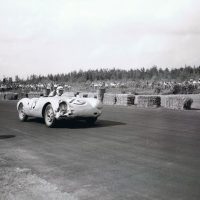 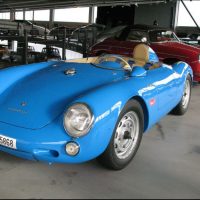 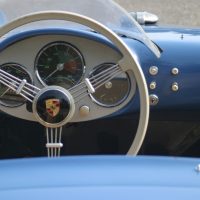 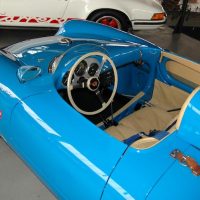 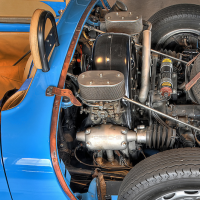 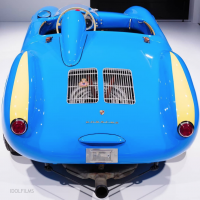