550-0057 was completed on 31st July 1955 and delivered new to the Porsche dealership in Salzburg. The spyder was silver with beige interior and fitted with engine #P90043. It was only on loan to Heinz Knoch where he raced it on the 25th March 1956 at the Vienna-HohenstraBen (Mountain Pass) Race where he finished 2nd. The following month he entered the Mille Miglia finishing 3rd in class. Porsche Salzburg sold it to Otto Mathé in 1958, and the following year he sold it to Josef Schörg, who registered in his name on July 6, 1959. 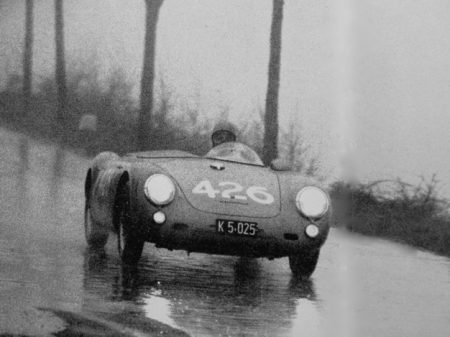 Schörg’s first race was the Stotzinger Berg Mountain Points Event in Austria in March 1960 taking the chequered flag. He continued to race in Austria with podium finishes up until April 1963. 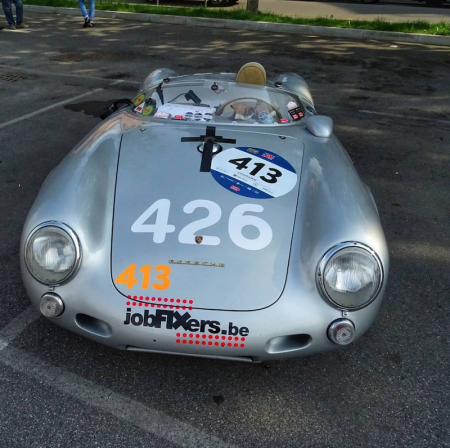 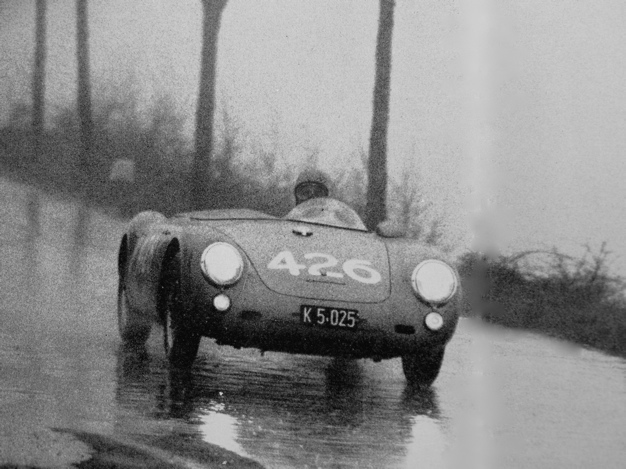 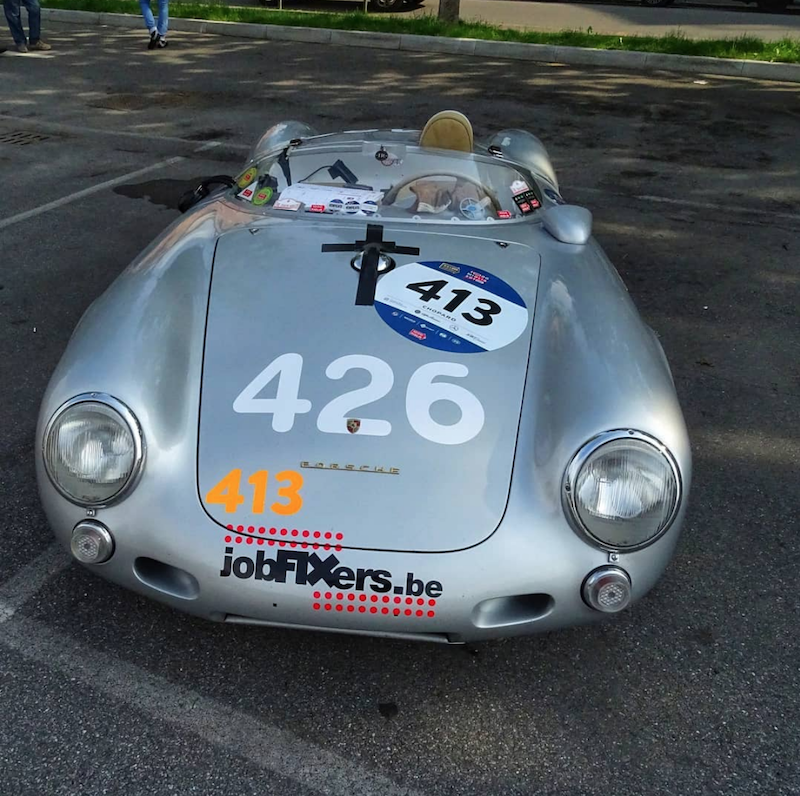 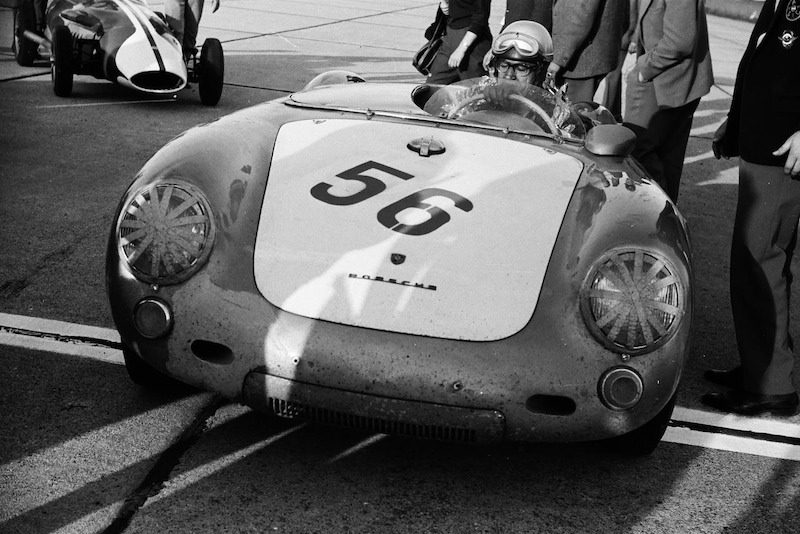 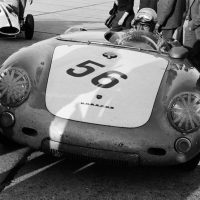 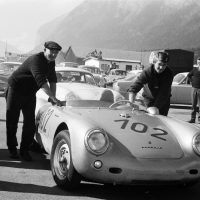 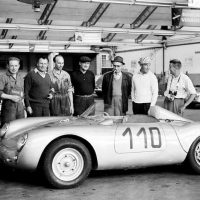 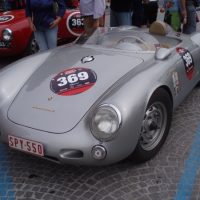 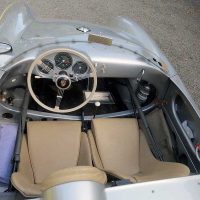 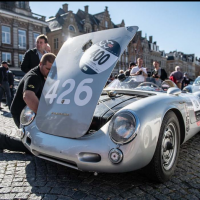 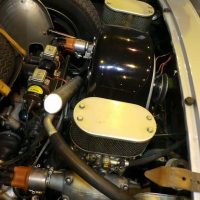 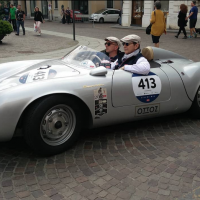