The 550 spyder with chassis # 550-0053, was delivered to John von Neumann’s Competition Motors of Hollywood in early July 1955 for its new owner Eldon C. Beagle of Sacramento. With engine number #P90049, the spyder was finished in silver with red upholstery and a full double windshield. Beagle paid $6,430 for the new Porsche, which was retailed to him through local dealership Oxford Motors. It was the first in a line of Porsche racing Spyders that Beagle owned and campaigned with great success on the West Coast and in the Bahamas. 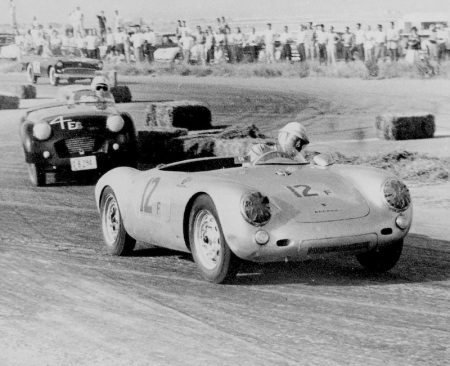 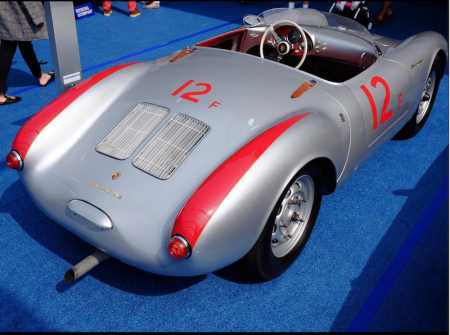 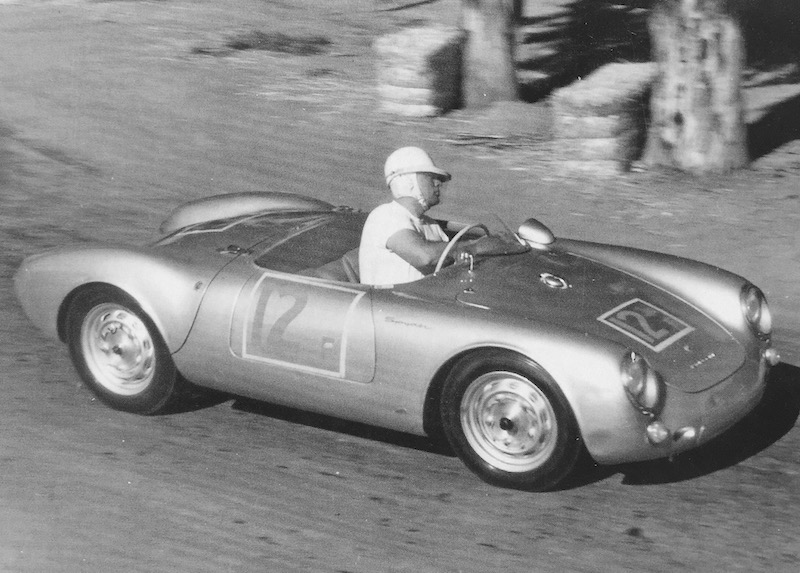 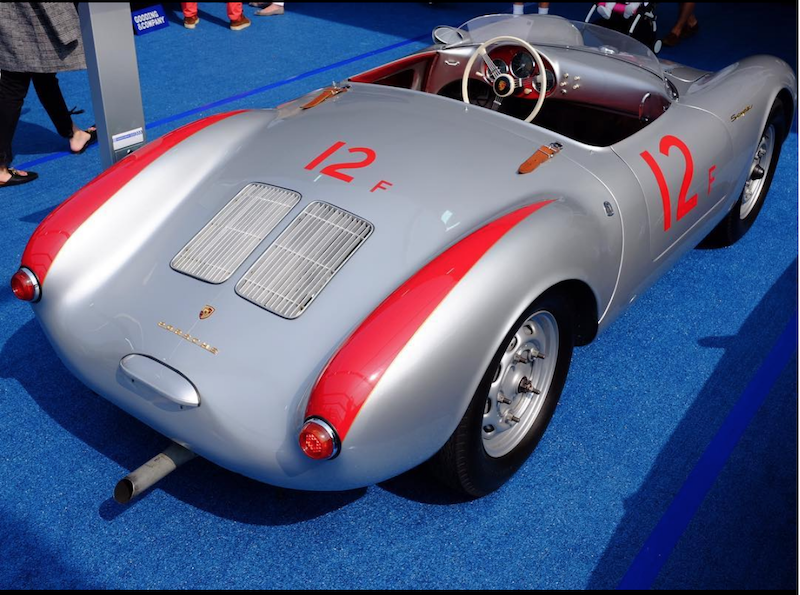 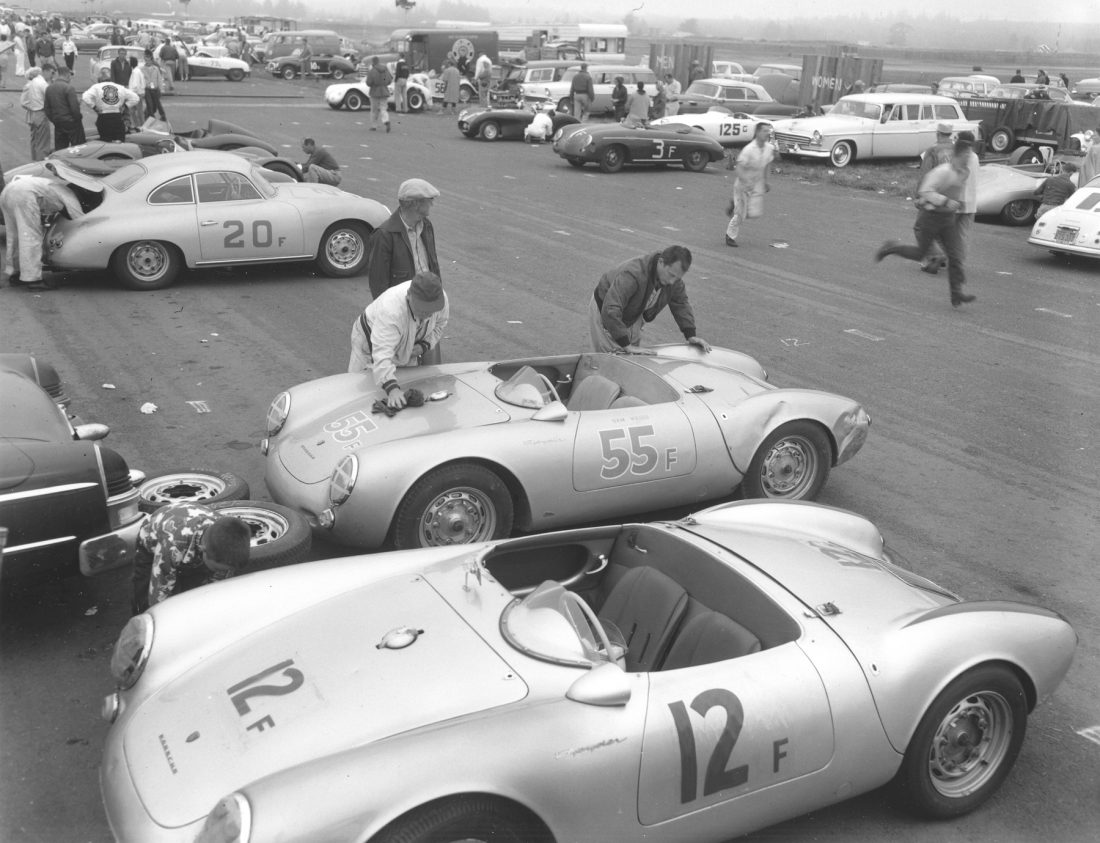 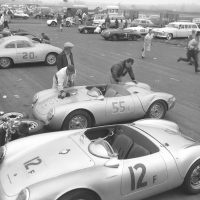 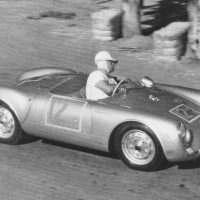 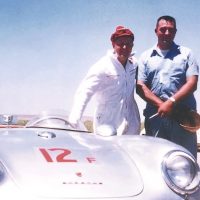 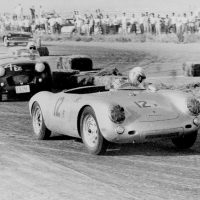 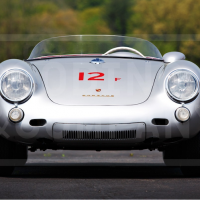 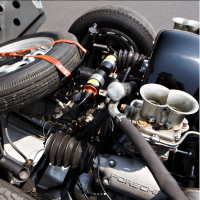 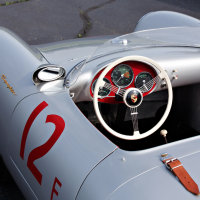 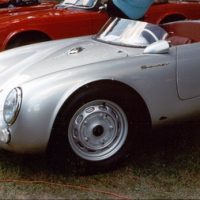