550-0041 was a silver spyder with red darts, completed on 2nd May 1955 for German driver Richard Trenkel. The following week he entered the car in the Hockenheim – Rhein Cup Race finishing 4th. 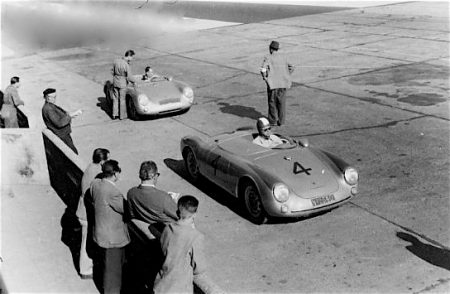 The same month he entered the Eifel Race at the Nurburgring track. His ownership of the car was short lived, selling it to Mathieu Hezemans who owned and raced the car until 1960 mainly in Holland and Germany. Good friend Carel Godin de Beaufort piloted the spyder at many races including Avus and the Nurburgring along with Hezemans. 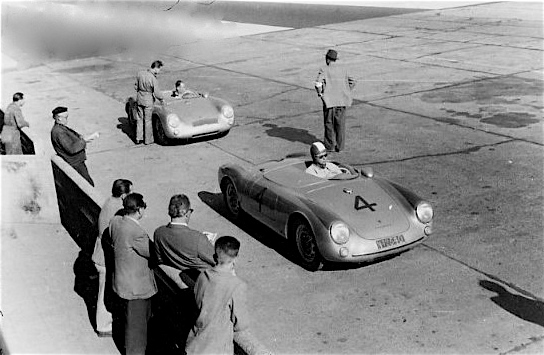 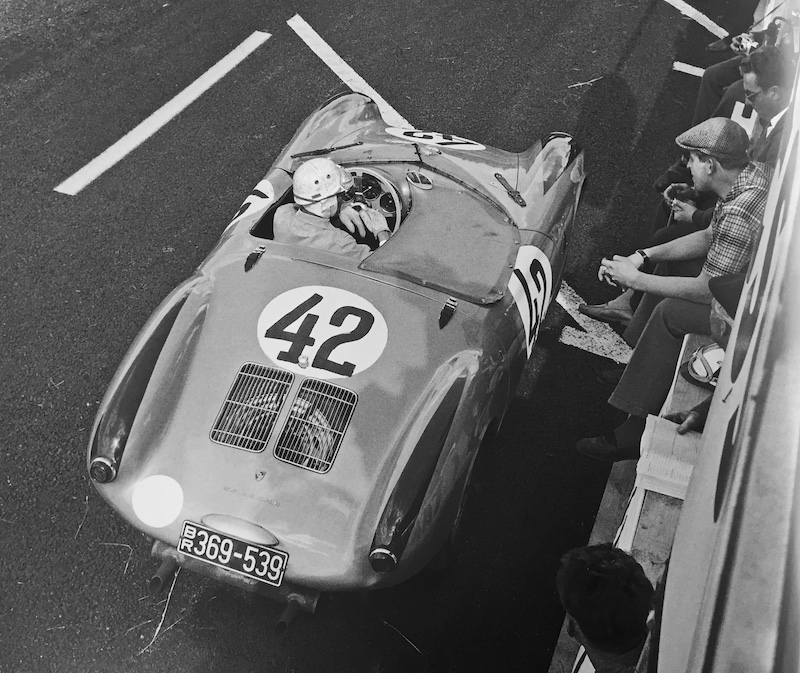 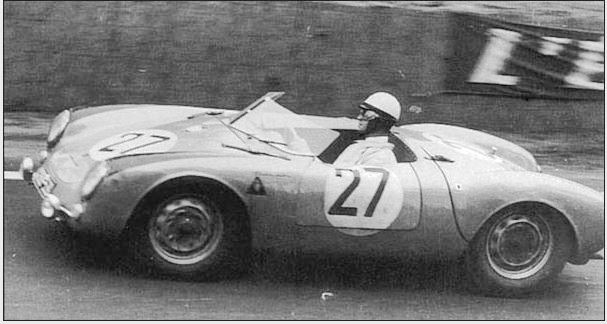 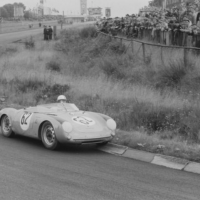 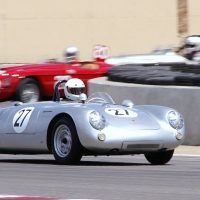 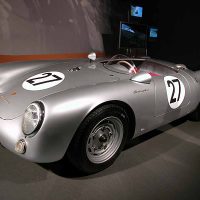 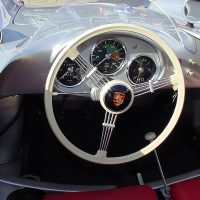 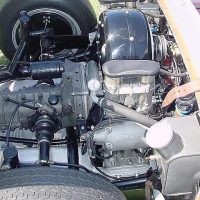 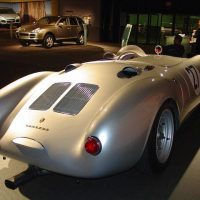