As Porsche increased its production of the 550 spyder, there were orders from other countries like Portugal where there was an established racing scene. Guerin who was the Portuguese dealer received two spyders for local drivers. 550-0038 was completed on 29th April 1955 which was a white spyder with burgundy darts on both the front and rear fenders fitted with engine # P90031. 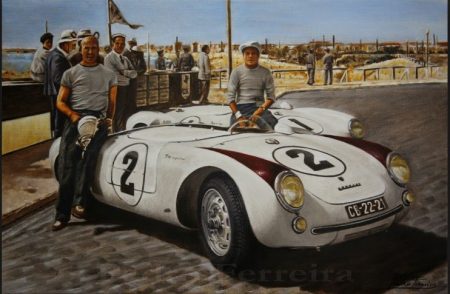 Jose Correira de Oliveiras first raced the spyder on 29th May 1955 at the Tangier GP finishing 2nd overall.  It is believed that Portuguese driver Fernando Mascarenhas was the first owner of the car and he raced it at Monsanto in July finishing 3rd and the 500 km Nurburgring in August. Jose Manuel Simoes also raced it in Portugal before it was sold to Cipriano Flores in 1958. 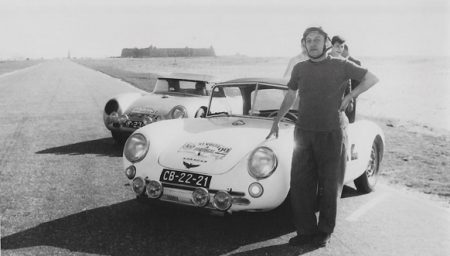 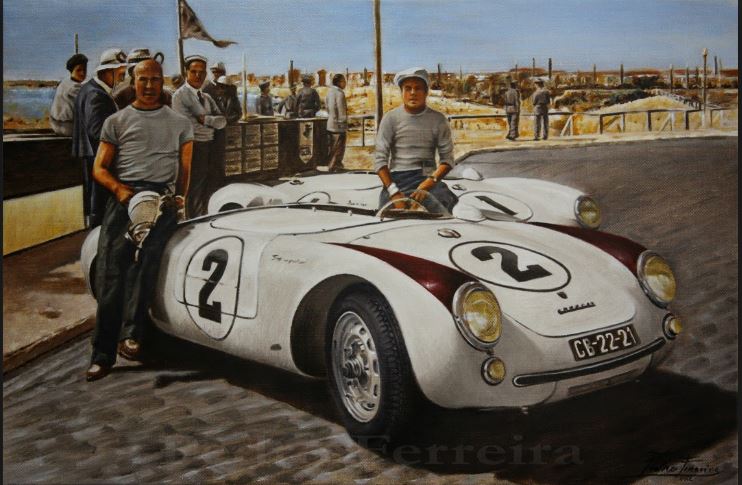 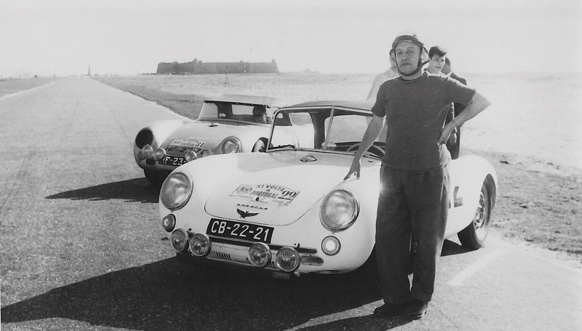 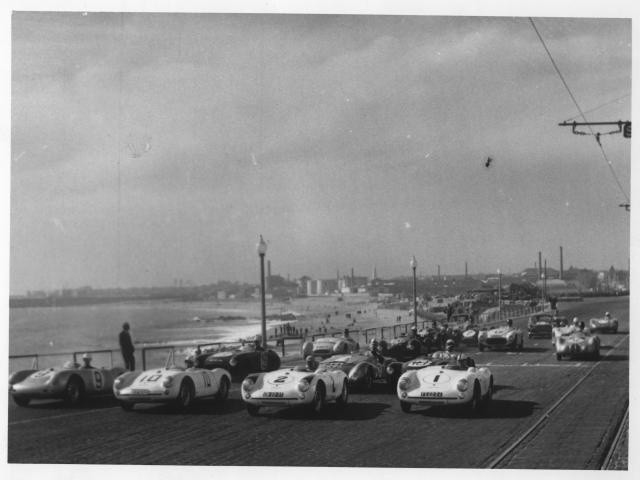 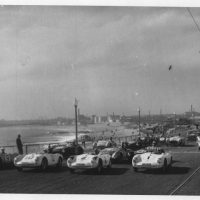 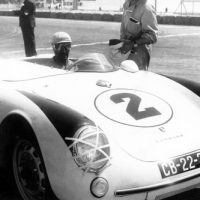 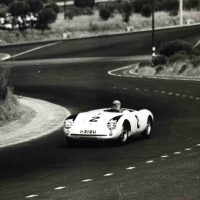 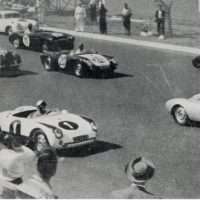