550-0037 was completed on 23rd April 1955, but was sent to the Porsche Werks Department to be fitted with some additional racing modifications. As aerodynamics was a key factor in race results, Porsche made a custom ‘bubble’ roof to be fitted over the driver’s canopy. The silver spyder with engine # 90026 was tested at the Rhein Cup Race in Hockenheim on the 8th May 1955, piloted by Victor Rolff. Although the car had improved wind resistance, the lack of ventilation and build up of heat was nearly unbearable for the driver, but he finished in a respectable 6th position considering the conditions. 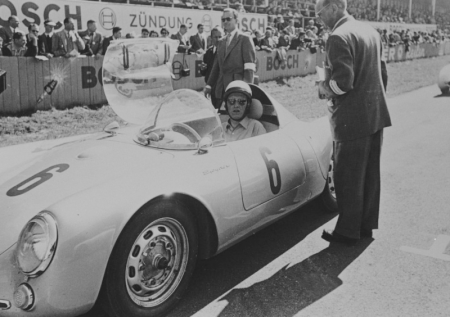 The bubble was not deemed a success and was removed and 550-0037 was sold to German Friedrich Kretschmann who raced the spyder a week later at the Dessau Race Leipzig-Scheibenholz in Germany. Kretschmann raced the car at numerous events like the Berlin GP and at the Nurburgring  for the next year. 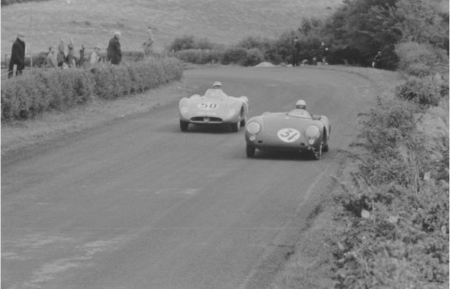 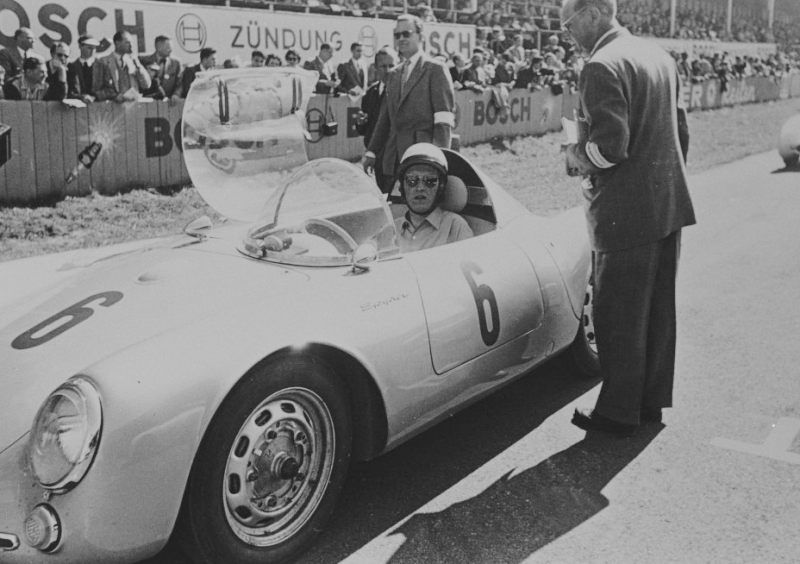 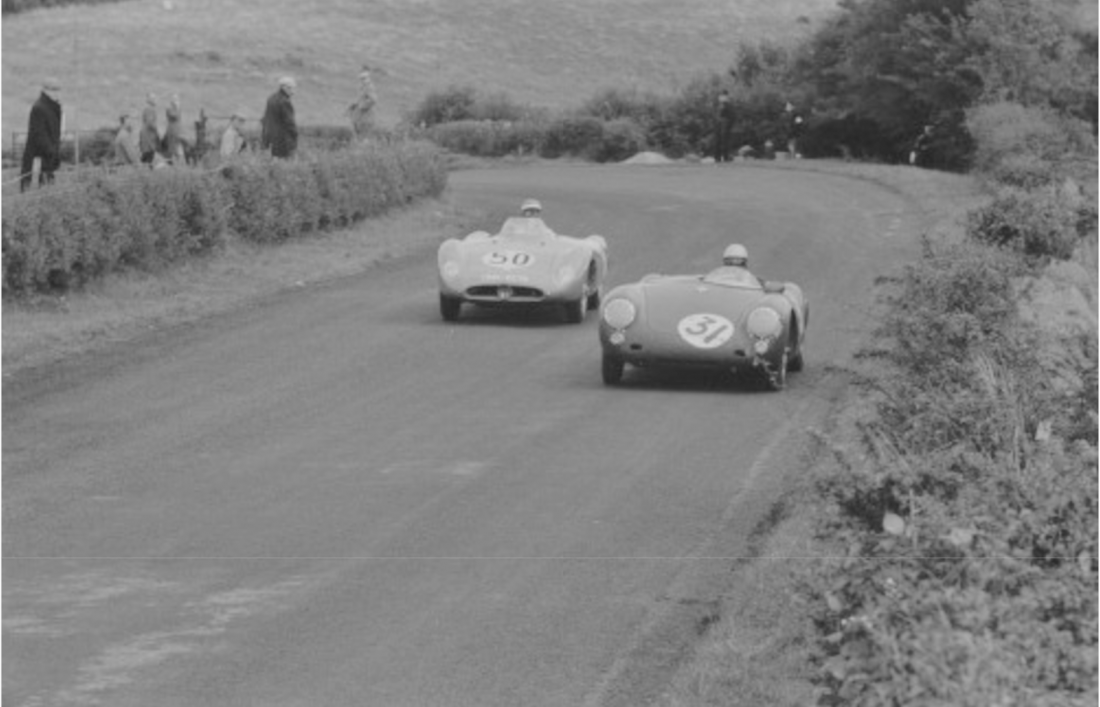 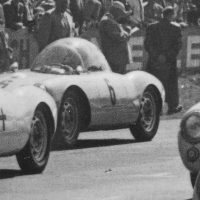 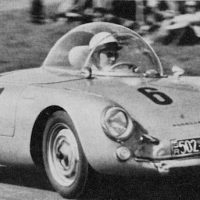 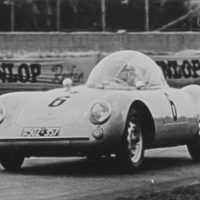 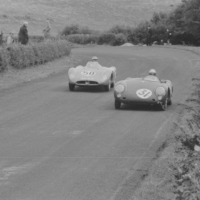