550-0036 was completed late April 1955 and was white with blue darts on the rear fenders. With engine # P90035, it was delivered to vetran German driver Theo Helfrich who wanted a new car for the 1955 season. His first race was at Hockenheim on the 8th May, but due to mechanical issues he did not finish. He entered both the 500 km Nurburgring and Avus GP in Berlin in the following months. 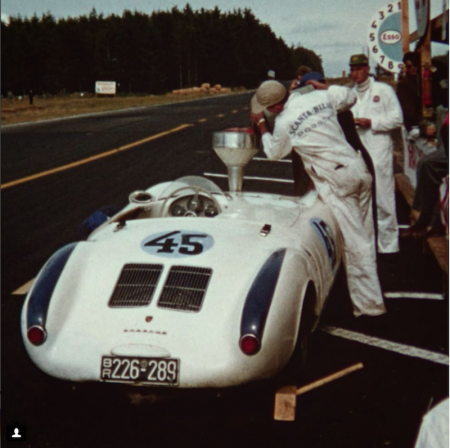 Along with team mate Peter Nocker, they raced throughout Europe including Sweden and Denmark until the spyder was sold the another accomplished driver Ludwig Fischer in 1957. Fischer entered the spyder into a number of hill climbs and airport races in Innsbruck and Zeltweg along with the 1958 Nurburgring GP in Germany where he finished 11th. 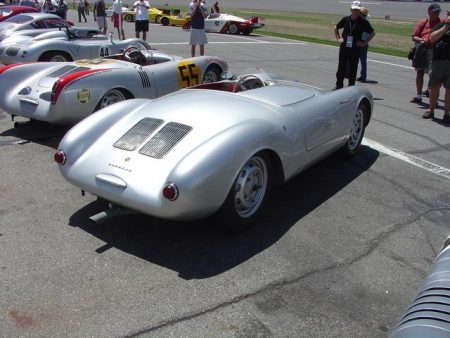 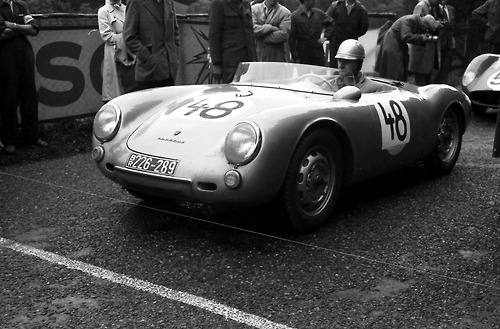 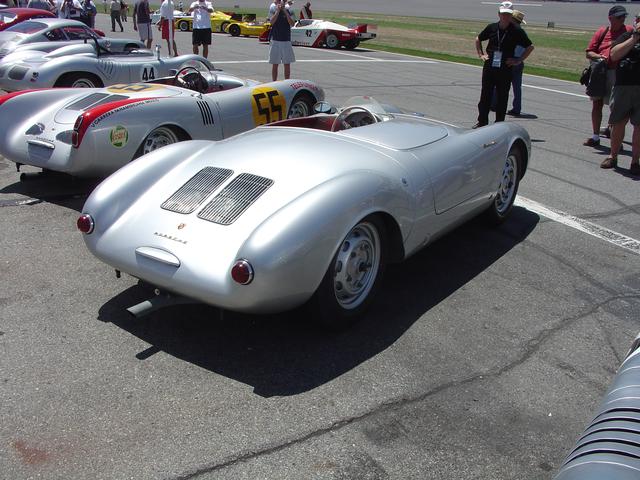 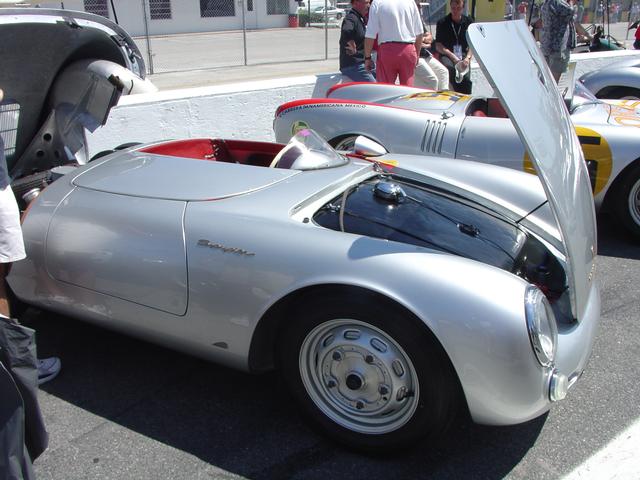 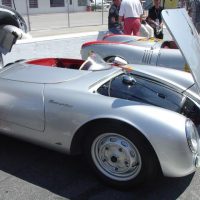 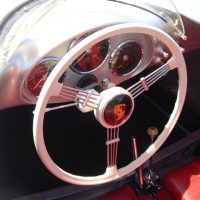 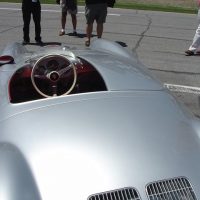 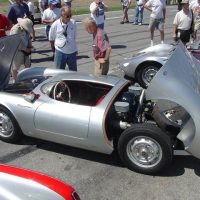 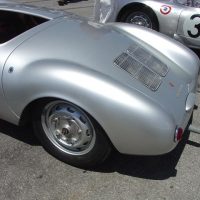