550-0022 was completed on 14th February 1955, finished in white paint with blue darts, tan interior and engine # 90009. As a US delivered spyder, like most that came to the east coast, it was entered on 13 March into the 12 hour Sebring race with new owner Norman Christianson and Donald McKnought, but did not finish due to failed brakes. The spyder was also raced at Cumberland and Nassau where it was entered into the Governor’s Cup and Porsche race with Donald McKnought behind the wheel. 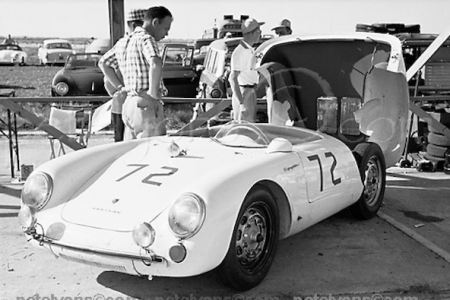 By mid 1956, it was bought by Cy Dieter and raced in Kansas and at Smartt Field with winning results. 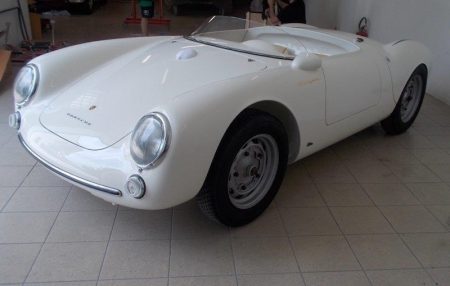 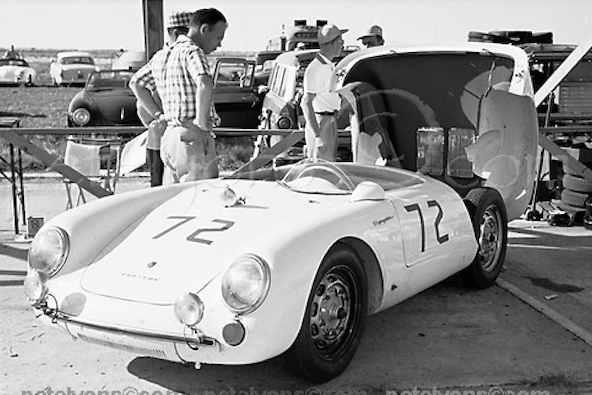 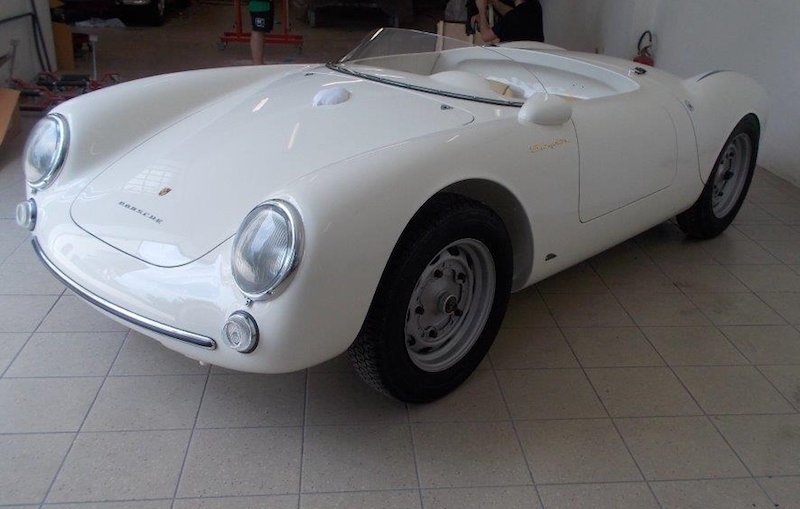 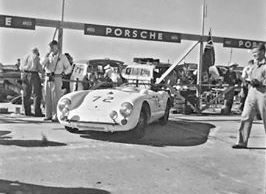 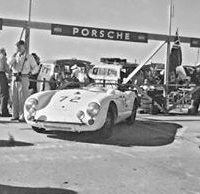 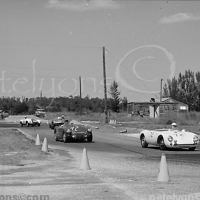 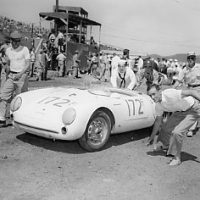 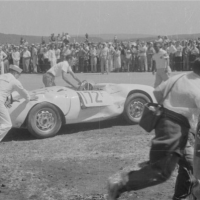 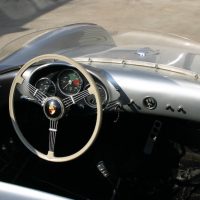 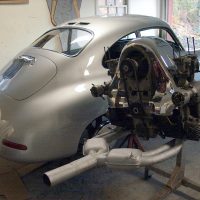 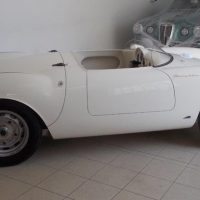 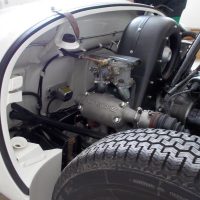