550-0021 was the first red 550 spyder to be completed on 2nd February 1955 at the Porsche factory. The red body with white racing darts and tan interior, it was fitted with engine number P90007 and was destined to be delivered to Max Hoffman’s New York Porsche dealership in the US with 32 miles on the speedo. Although it was entered in the March 1955 Sebring race, it remained as a spare car for Ed Crawford who drove 550-0019 instead. Johnny Mantz piloted the car at Santa Barbara in September 1955 and again in December during the Nassau Speed Week in the Bahamas. By Mid 1956, the spyder was bought by Bill Darnold who raced it on the west coast at tracks like Bakersfield and Willow Springs. 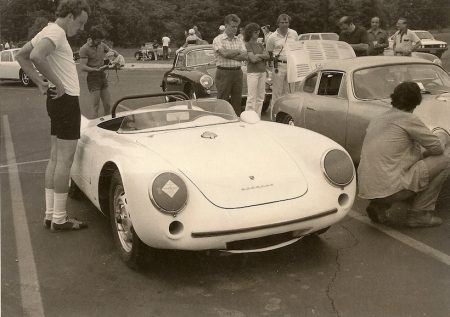 In 1958 Cliff Haworth bought the car and raced it successfully in California until 1961. Although there were many later and more powerful cars doing the circuits in the 1960s, 550-0021 was bought by Dick Hyland who entered it into a number of track races and hill climbs around the Missouri region. At this point the spyder was white in colour. 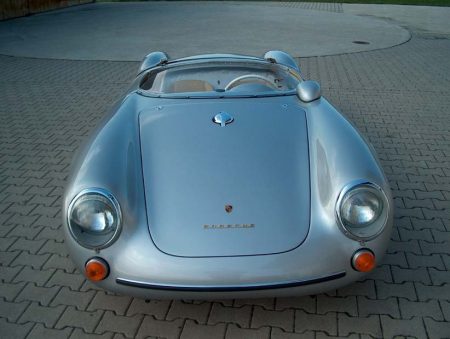 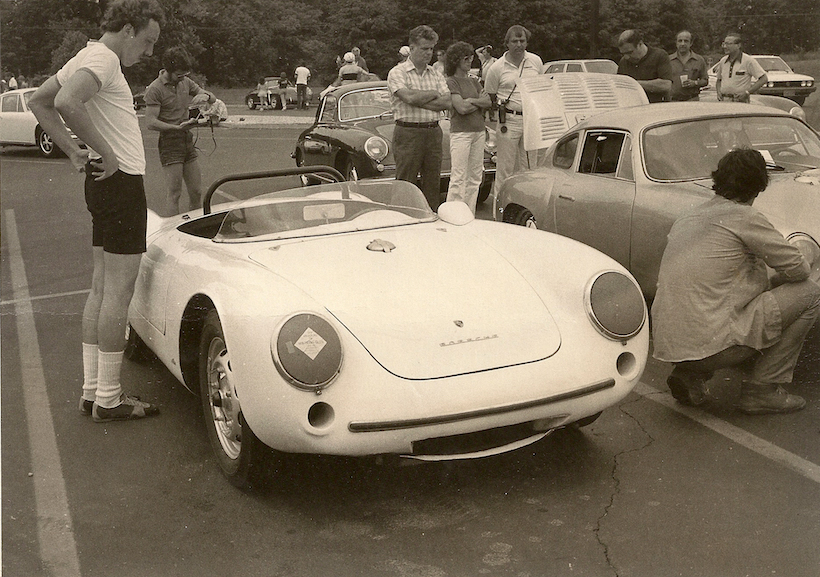 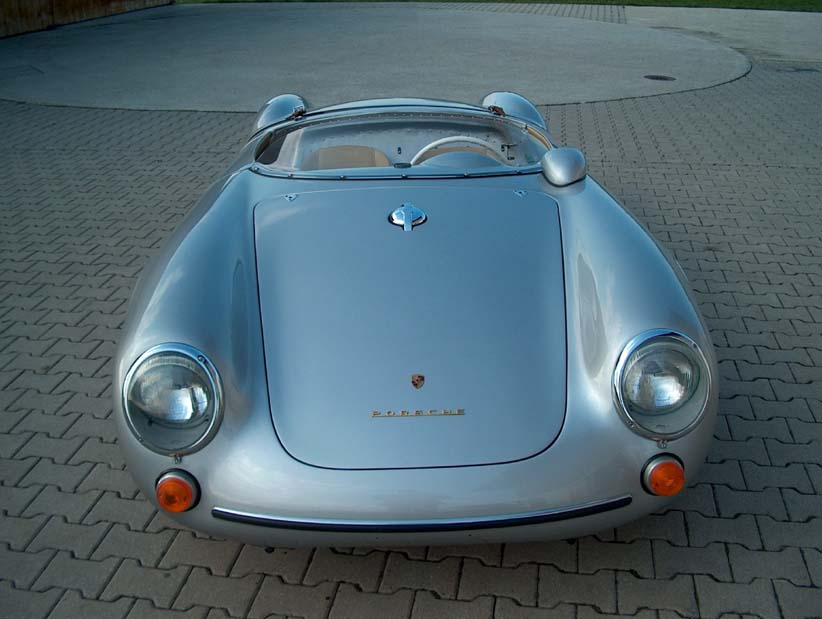 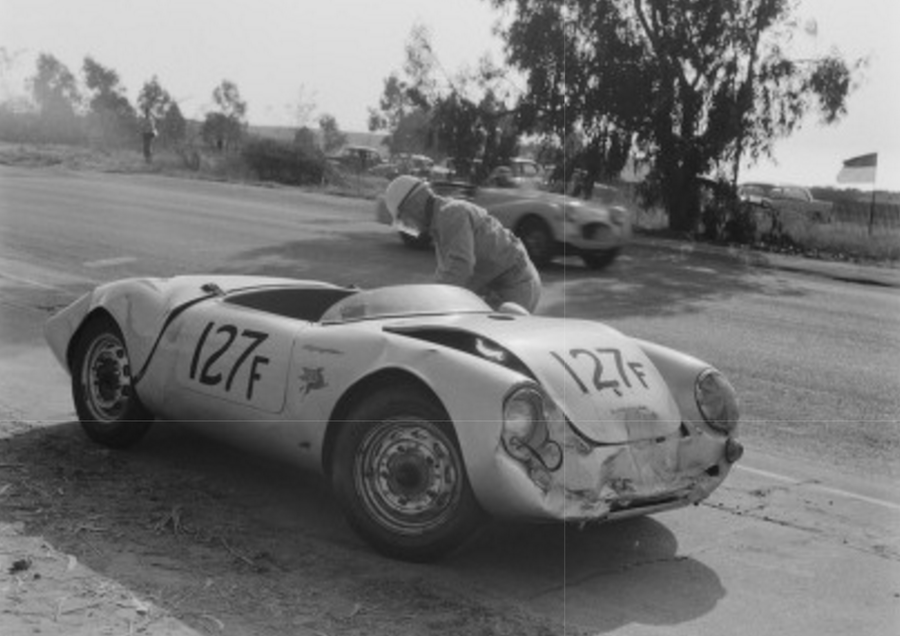 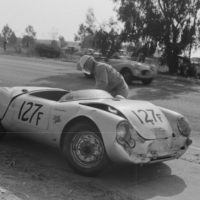 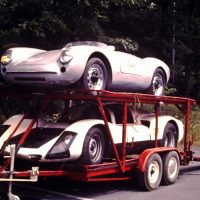 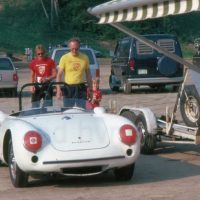 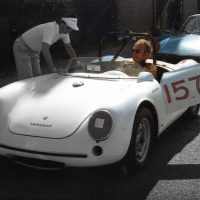 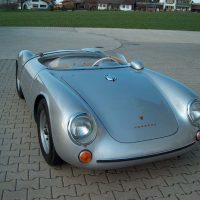 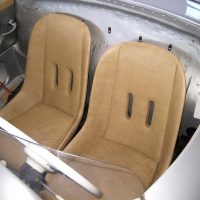 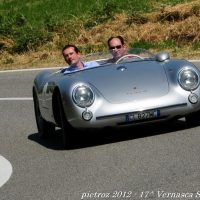