Work on the new racer commenced in late 1952, and by spring 1953 the mid-engined type 550 was ready to go racing. It was a simple design: ladder frame with six cross members made of welded tubes topped with a hand-built aluminum body which fitted like a glove. The shape was very purposeful after extensive testing for maximum aerodynamics and minimum drag. The Volkswagen-based Super 1500 opposed four-cylinder engine was mounted between the axle and the driver, giving the design nearly 50/50 front/rear weight distribution with a driver aboard. Each car built utilised parts from both the 356 and the VW Beetle including suspension and the dynamics of the body and chassis evolved on every build until the release of the RS550/1500 spyder. Porsche believed they had finally perfected a race car that would put them on the map of motor racing and be used as a viable product to sell commercially.

Wind tunnel testing originated in the 18th century and with man’s endeavour to fly, it played a critical role in the design of flying machines. The automotive industry also found it necessary to use wind tunnels to test the drag and aerodynamics on the cars they were designing.

Porsche did some extensive testing with the Porsche 550 with the basic form of the model always the same. The first fifteen 550s built were each prototypes with a variety of modifications made to each one to increase both the endurance and reliability plus aerodynamics. An article in the May 1957 issue of German publication – Forstner, Entwicklung des Porsche-Rennsportwagens shows some of the testing and performance reports generated for the 550.

They conducted a series of wind tunnel tests with various model design configurations consisting of: 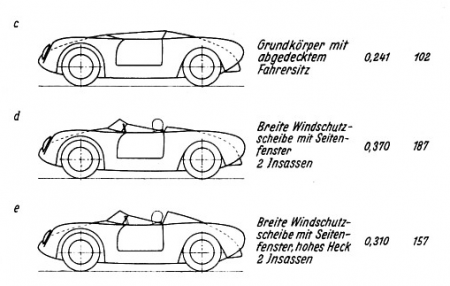 It is interesting to see that many of the models tested were actually designed into prototype cars, from the coupe to the Buckelwagen with the hump back and side windows. Experimenting with the size and shapes of the plexi windscreen in both full and driver only styles helped deflect the wind over the head of the driver. Porsche had never had a sports car like the 550 before, so a variety of configurations and accessories were designed and tested to help them be more efficient and go faster. Even the simple addition of a tonneau over the passenger seat reduced the wind drag and designing air intakes facing the rear in the top of the engine bay helped keep the air cooled engine at the right temperature.

Once the 550 went into full production, it was a very efficiently designed car for the track and drivers reaped the rewards from the testing Porsche performed. The car was truly an evolution in design and was continually improved throughout its production years. 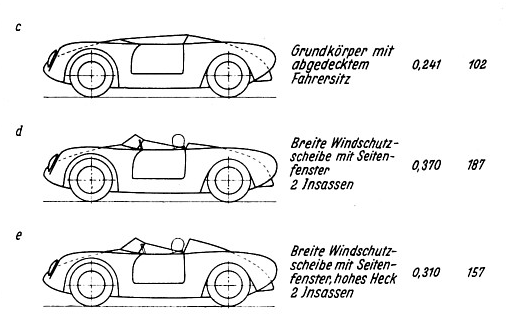 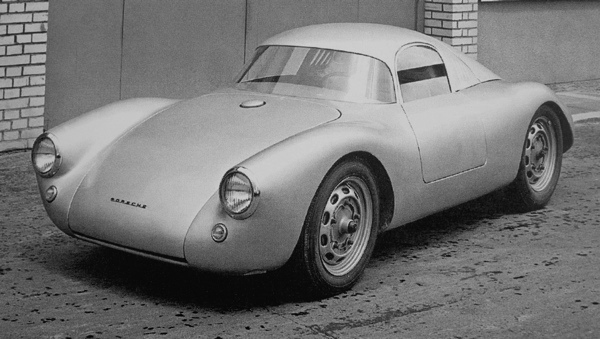 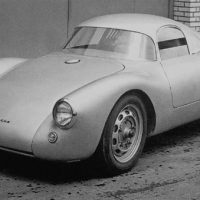 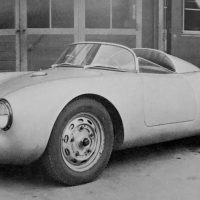 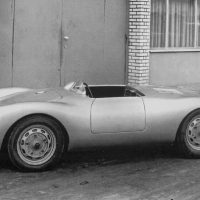 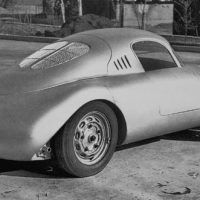 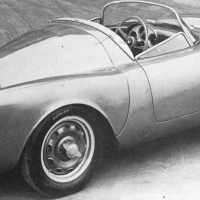 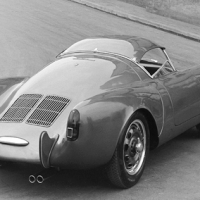 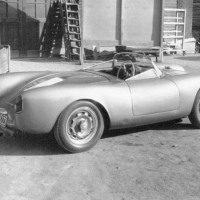 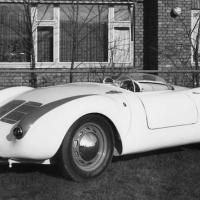